Venice Commission: There is no world practice of a prosecutor investigating the prosecutor general

The approval, at first reading in parliament, of the creation of the figure of a prosecutor to investigate the Prosecutor General of Bulgaria took the European Commission for Democracy through Law (Venice Commission) by surprise.

This is what the Venice Commission stated at today’s meeting of the Democracy, Rule of Law and Fundamental Rights monitoring group of the Committee on Civil Liberties, Justice and Home Affairs in the European Parliament which reviewed the situation in Bulgaria for the second time, BNR’s correspondent Anguelina Piskova reports. According to the Venice Commission such a figure is not part of world practice and the decision to create one is strange.

Such supervision is only permissible in individual cases as is the practice in USA, the commission says.

Protest in front of Presidency building

In front of the entrance of the Presidency building, where a police cordon has been put in place, a small group of people organized a protest against the handing of a mandate for the formation of a government to Assen Vassilev, co-chairman of.. 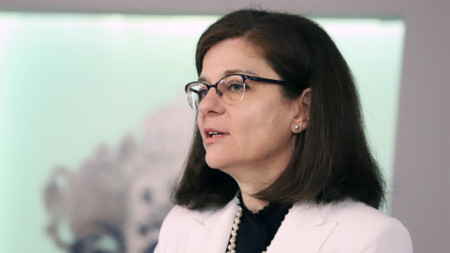 Assen Vassilev, nominee for Prime Minister from the parliamentary group of We Continue the Change was handed an exploratory mandate for the formation of a government by President Rumen Radev. As he handed over the mandate, President Radev..

39% of Bulgarians say that Bulgaria should be in alliance with NATO and the European Union, data of a national survey conducted by Alpha Research show...