The Bulgarian National Radio marks its 86th anniversary today. On this day in 1935, Tsar Boris III signed a decree making all broadcasting in Bulgaria a state-organized activity. On June 18, 1935, Panayot Todorov Hristov, known under the pseudonym Sirak Skitnik, was appointed head of broadcasting and first director of Radio Sofia, as the BNR was then called.

BNR also has six music orchestras with active recording and concert activities and is a major producer of Bulgarian music.

The Sofia City Court has remanded in custody an Indian citizen who was detained after a riot on board a plane that was forced to land at Sofia Airport . During the meeting, it was established that the man, who was accused of endangering the lives.. 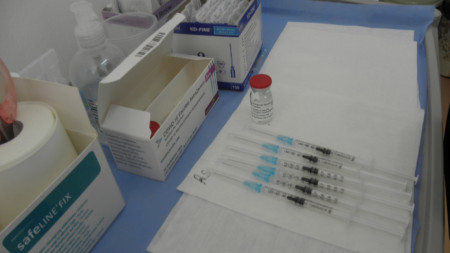 The coronavirus is expected to become seasonal, Prof. Kantardzhiev

On March 8 a year ago in Bulgaria, the first cases of coronavirus infection were registered and they are already over 260,000. Covid-19 is likely to become seasonal, said Prof. Todor Kantardzhiev, director of the National Centre for Infectious and.. Quarter of a million Bulgarians apply for UK residence

A total of 259,600 Bulgarians applied for residenc e status in the United Kingdom by the end of 2020. The status gives them the right for visa-free life and work in the UK after Brexit. Th e number of applicants is twice..

More than 85% of the new cases of Covid-19 in Bulgaria are due to the British coronavirus variant, announced for BNT Professor Todor Kantardzhiev,..

On the evening of March 7, over the winter resort of Chepelare in the Rhodopes, a light show with drones will illuminate the sky , the municipal press..