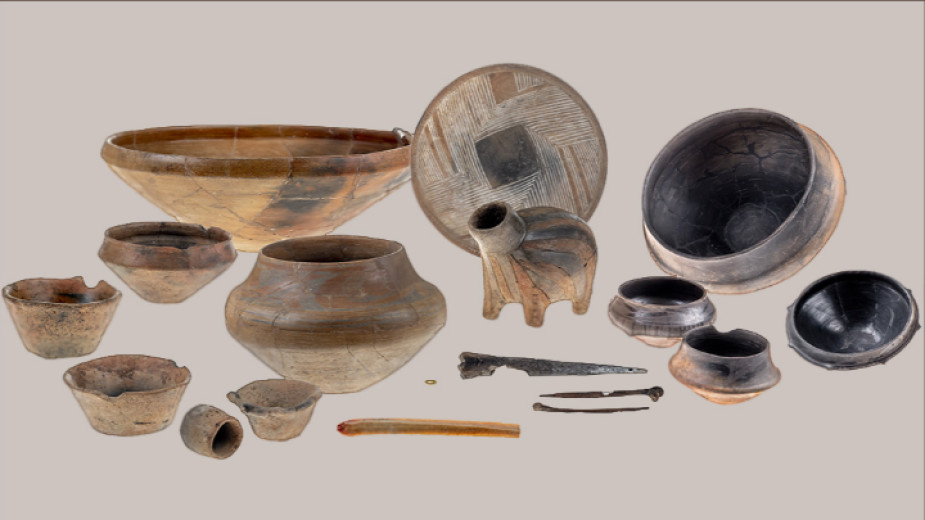 Prehistoric anthropomorphic figurines, exquisite gold adornments, wonderful ornate pottery with a proto-writing and unique artefacts revealing century-old secrets are among the most impressive finds discovered during the past archaeological year in Bulgaria.

In 2020, the state financed more than 100 archaeological projects. Moreover, some unique discoveries were made during the rescue archaeological excavations related to the construction of roads and motorways. Some of these sites have been explored for decades, said for Radio Bulgaria Dr. Kamen Boyadzhiev from the National Archaeological Institute with Museum at the Bulgarian Academy of Science. Kamen Boyadzhiev told us details about some of the most emblematic finds of last year’s archaeological season.

“The coin treasure discovered within the remains of an ancient Roman villa in Philippopolis (present-day Plovdiv) is among the archaeological findings. The treasure consists of 6,000 silver coins hidden in a pouch. The Roman villa was destroyed in the middle of the 3rd century AD. According to historical data, Philippopolis was burned down by the Goths during that period. During excavations of the ancient Roman town of Ulpia Oescus archaeologists discovered remains of beautiful marble walls in the town’s forum complex associated with the visit of Emperor Constantine the Great (306-337) in July 338 AD, who came from Asia Minor to consecrate a new bridge over the Danube River. The finds discovered at the Late Bronze Age Necropolis at Baley (Vidin district), which date back to the second millennium BC, are also quite interesting. Wonderful ornate pottery was discovered there. The ornate ceramics served as gifts during funeral ceremonies and were used as urns in burial vaults.”
During the 2020 excavations of Trapezitsa Hill in the town of Veliko Tarnovo archaeologists found wonderful ornate adornment from the end of the 14th and the beginning of the 15th century AD. “Interestingly, we received archaeological data that Bulgarians inhabited Trapesitza Hill and the rest of the town after the Ottoman invasion, which is a completely new information - said Dr. Boyadzhiev. – Archaeologists also discovered interesting finds at the ancient Greek colony of Apollonia Pontica (present-day Sozopol). Unique ceramic plates depicting marching hoplites were found during the excavations of the temple dedicated to Apollo. A very rare ceramic item with incised symbols from the 6th-4th millennium BC was discovered at the ancient settlement near the village of Bata (Panaguyrishte municipality) which dates back to the Late Neolithic. It is associated with a very early form of transmission of information encoded by certain symbols, or in other words, this is a type of an ancient script.”

You can learn details about the most significant scientific finds from the 14th National Archaeological Exhibition “Bulgarian Archaeology 2020”. It will be open to visitors until May 2, 2021. On All Souls’ Day - Meatfare Saturday Orthodox Christians honour the memory of their dearly departed. It is one of the special days on which the church has ordained that we remember the dead. All of these days fall on a Saturday. Church.. Until March 18, the house-museum "Tsar Liberator Alexander II" in Pleven will have on display an exhibition dedicated to the 143 rd anniversary of Bulgaria’s Liberation from Ottoman Rule. It presents 14 exhibits from the fund of the Regional Museum of..

On All Souls’ Day - Meatfare Saturday Orthodox Christians honour the memory of their dearly departed. It is one of the special days on which the..

Until March 18, the house-museum "Tsar Liberator Alexander II" in Pleven will have on display an exhibition dedicated to the 143 rd anniversary of..