The Bulgarian audience is awaiting the forthcoming gala concert of Sonya Yoncheva and opera legend Placido Domingo this summer. On August 31, they are to perform at Saint Alexander Nevsky Square downtown Sofia. Their concert will feature some of repertoire’s most beautiful opera arias and duets.

On February 24, the opera diva will sing at the “Victoire de la Musique” awards in France. On February 27, Sonya Yoncheva is to give a recital for the Met Stars Live-in Concert pay per view series. Sonya Yoncheva will perform at the Baroque Library of the Schussenried Cloister, Southwest Germany. In the forthcoming concert of the Sofia Philharmonic on February 25 th the audience will have the opportunity to hear works by Austrian composers who are representatives of different eras - Piano Concerto No.17 in G major (G dur) by Mozart and a.. A song by Bulgarian band Intelligent Music Project has topped the charts of three Greek radio stations, while Chilean Ronald Ronnie Romero, vocalist and frontman of the band, became number one in Portugal. Dr. Milen Vrabevski stands in the core of.. 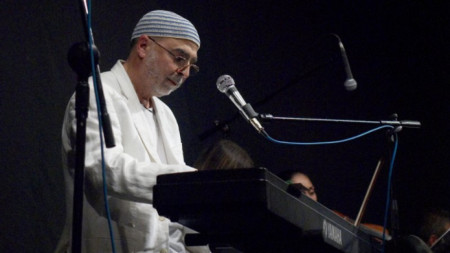 Bulgaria’s composer and founder of Diana Express band Mitko Shterev has revived one of his most popular songs “Chrysanthemums” on occasion of his birthday (January 28). The cover version of the song was released several days ago.. In the forthcoming concert of the Sofia Philharmonic on February 25 th the audience will have the opportunity to hear works by Austrian composers who are..