The National Assembly approved, definitively, amendments to the Bulgarian Citizenship Act, by force of which a Consultative Council is set up with the State Agency for Bulgarians Abroad. The Council shall deliver its opinion on citizenship within two months, taking into consideration whether the applicants have knowledge of the Bulgarian language, whether they identify themselves as persons of Bulgarian origin and whether they are part of a Bulgarian community or Bulgarian minority in another country.

Another way to acquire a Bulgarian passport is if the applicant makes an initial investment of over 250, 000 euro in a company which has created at least 10 jobs, and one year later, increases the investment to at least 500,000 euro, and the company creates more than 20 jobs.

A continuous residence permit can be obtained by foreigners who are holders of startup visas, a certificate for a high-tech and/or innovative project issued by the State Agency for Scientific Research and Innovations, as well as if, after issuance of a long-stay visa, they have become partners or shareholders in a Bulgarian trading company and own at least 50% of its capital.

Court of Justice of EU: Bulgarian child with two mothers should have right to ID

Bulgaria should issue identity documents to a child with two mothers with same-sex marriage. This is the opinion of Juliane Kokott, Advocate General at the Court of Justice of the European Union. The case concerns a marriage between.. 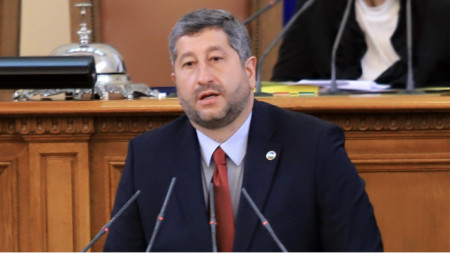 Co-chairman of Democratic Bulgaria, Hristo Ivanov, said he expected political consultations to start in order to form a government between the parties of the protest against the outgoing cabinet. "It is very important to make a.. Rise in incomes of Bulgarian households marked in 2020

In 2020, the average total annual income per household member was 3,580 euros, which is a 6. 2-percent rise compared to 2019, the National Statistical Institute has reported . T he total income per member of a..