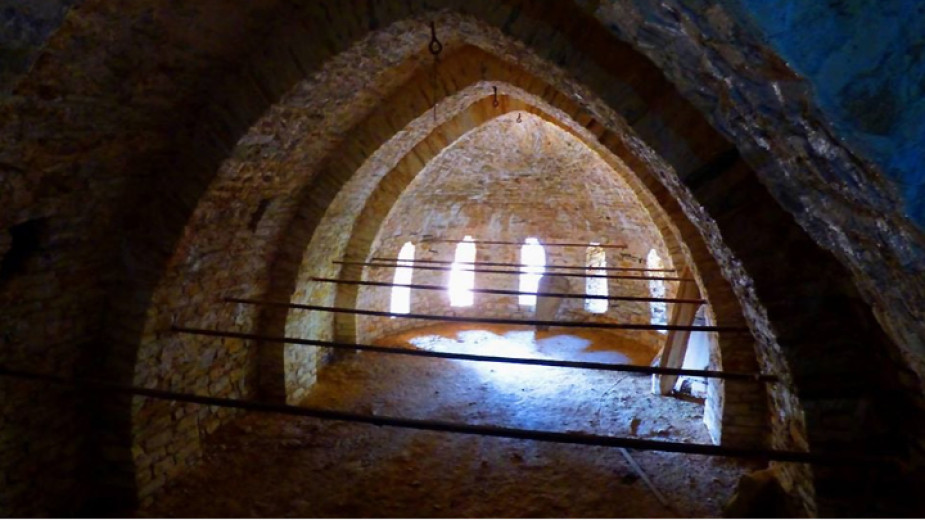 An underground rock-hewn town, where hermit monks were seeking God in solitude, is located on Mount Athos. The discovery was made by an international expedition, formed by representatives of Orthodox countries with monasteries on Athos.

The legend has it that the Lady Theotokos and St. John the Theologian were travelling by boat from Palestine to Cyprus to visit St. Lazarus. Because of a great storm, however, the boat reached Athos and specifically the Bay of Klementos in the Monastery of Iveron. Captivated by the beauty of the mountain, the Mother of God asked her son Jesus Christ to turn this place into a garden. Mount Athos, also known as the Garden of the Theotokos, is an autonomous monastic state under Greek sovereignty consisting of twenty Eastern Orthodox monasteries, including the Bulgarian monastery – The Saint George the Zograf Monastery. The expedition found rock formations only below the Bulgarian monastery at a depth comparable to its height. So far, more than 200 caves and cavities, some of them natural and others- man-made, were discovered there. The natural phenomena data back to time immemorial. “The monastery is impressive and looks like a huge medieval fortress. Its height is equal to its depth”, said Evgeni Georgiev from the Regional Historical Museum – Ruse, who was a member of the expedition. People can see what is above the ground, but the rest is still hiding its secrets.

The underground canals, reservoirs, water supply facilities and natural caves, which turned into rock-hewn churches and cells, were the subject of our study. The human presence is evident in these underground cavities and we are trying to collect as much information about what happened there as possible.” In the 13th century AD, the medieval Bulgarian saint Kozma Zografski went to the Bulgarian Zograf Monastery and retired to a rock cell he carved for himself. He lived there as an ascetic until his death. However, the open niches, homes of hermit monks, are only a small part of the secrets hidden on Mouth Athos.

When was the underground town founded?

“It was first inhabited by monks during the Medieval period”, said historian Evgeni Georgiev. “Back then, Mount Athos became attractive for Orthodox monks. The hermits from Palestine and Egypt who fled to the West when the Arabs invaded their territory were the first ones who led an ascetic life. Many of them settled in Athos.” In Evgeni Georgiev’s view, there is a direct connection between life on Mouth Athos and the foundation of the Rock-hewn Churches of Ivanovo near the city of Ruse some 800 years ago. The remarkable personality of St. Joachim I, Patriarch of Tarnovo and Bulgaria, is a type of bridge between them.

“We learn from St. Joachim’s brief passional that he became a monk on Mount Athos and lived there for a long time. He became known among the monastic community with his deeds and diligence. Later, Joachim returned to Bulgaria. He carved a small rock church near the gorge of Rusenski Lom River dedicated to the Transfiguration of Jesus. St. Joachim’s fame spread fast across Bulgaria and reached Tsar Ivan Asen II who donated a lot of gold to the ascetic. St. Joachim used it to build the Church of Archangel Michael that now forms part of the Rock-hewn churches of Ivanovo.” Compiled by: Diana Tsankova (interview by Valya Apostolova, correspondent of the Bulgarian National Radio in Kardzhali) 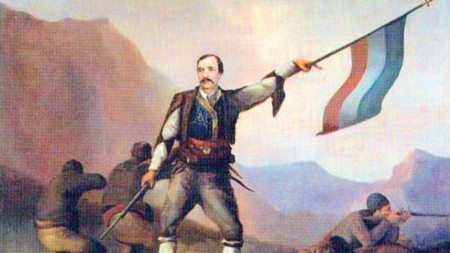 April 14 is the date of birth of the great Revival Period figure, revolutionary and first ideologue of the struggle for the liberation of Bulgariafrom the five centuries of Ottoman Rule,  Georgi Stoykov Rakovski . It is unlikely that in the Bulgarian.. 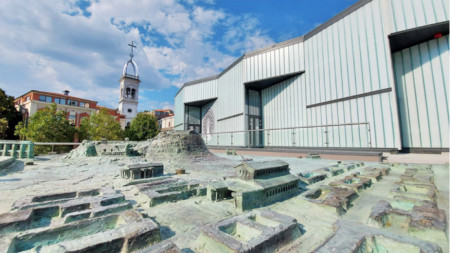