An informal five-party meeting is being held in Geneva under the auspices of the UN, in order to find a solution to the Cyprus issue. This is the first meeting since the collapse of negotiations almost 4 years ago, BNR correspondent Branislava Bobanac has reported from Cyprus. The purpose of the forum convened by UN Secretary-General Antonio Guterres is to establish points of contact between the participants in the Cyprus conflict in order to find a lasting solution in the foreseeable future. For the first time since 2017, leaders the two divided communities,  Nicos Anastasiadis and  Ersin Tatar, the foreign ministers of the three guarantor countries - Greece, Turkey and Britain, as well as the UN Secretary General have sat on the same table. The Greek Cypriot side is pushing for the resumption of talks on the reunification of Cyprus as a two-community federation with political equality, as required by UN resolutions. The Turkish Cypriots presented their plan to create an island of two equal sovereign states. The plan also envisions that whatever decision was reached, it would be approved in referendums in both countries, the Anatolian Agency reported. Parliamentary elections were held in Albania on April 25th. The ruling Socialist Party has won the elections for the third time in a row. After election day, despite restrictions due to the pandemic, thousands of supporters gathered in Tirana's central Skanderbeg Square to celebrate the victory. Prime Minister Edi Rama's party received almost 49% of the vote, giving it a majority in the 140-seat parliament. The opposition Democratic Party is second with nearly 40% support. Rama is expected to be unable to rule on his own. In his first post-election address, Democratic Party leader Lulzim Basha accused Rama of using "dirty" money for the campaign. He said his party was "more determined than ever to continue the battle". The Democratic Party called for Basha's resignation because of the achieved result.

Turkey has announced a complete lock down as part of the fight against the Covid-19 pandemic for a period of 19 days, the Turkish Radio and Television reported. In a statement after a meeting of the presidential cabinet, President Recep Tayyip Erdogan announced that from April 29, 2021 at 19:00 to 05:00 May 17, 2021, in all districts of Turkey a complete ban on going out in the street is in force. There will be no classes in educational institutions; long-distance travel will be limited to a minimum, vehicles will be able to travel with only 50% of their capacity filled, all work activities stops except for people with key positions. Supermarkets and grocery stores will be closed on Sundays. The 15th Balkan Trafik festival ended in Brussels. The Balkan musicians, including Bulgarian kaval player Theodosii Spassov, created incredible atmosphere after the pandemic restrictions, Euronews reported. This year, the forum was partially moved to the online "stage". "The aim of the festival is to show that we are all the same, although there are still borders between us, and there were wars and serious problems before," Nicolas Wieërs, organizer of the festival told the TV channel. "Balkan traffic usually means things like smuggling, but here we are traffickers of culture."

For several years now, street artists from PARCOURS Street Art have been participating in the festival. The first of them to join the festival was Bulgarian street artist Bozko. This time graffiti artist from Croatia, Jadranka Lacković, painted fish swimming freely without complying with borders, Euronews commented. According to the U.S. Department of State, there was a danger that unfounded speculations about changing the ethnic borders of the Western Balkans could cause instability in the region and thus "evoke memories of tensions from the past." A non-paper has been circulating among European authorities for some time. The unofficial document proposes the partition of Bosnia and Herzegovina and the unification of Kosovo and Albania. "A stable, prosperous future for the Western Balkans must be based on good governance, rule of law, multi-ethnic democracy, and respect for human rights and fundamental freedoms," Department Spokesperson Ned Price said, BGNES reported. 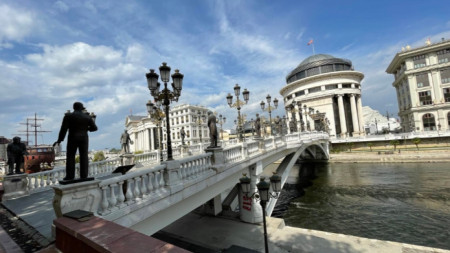 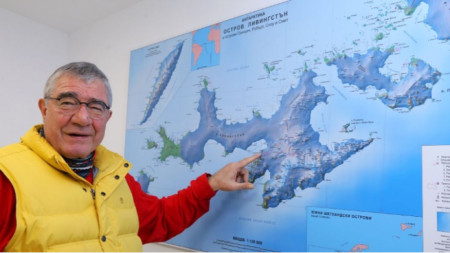 Scientists from the 30 th Bulgarian Antarctic Expedition will depart from Sofia in several days, Professor Hristo Pimpirev said for Nova TV. One of the purposes of the researchers is to make sleep studies and answer the question: Are we able to see.. 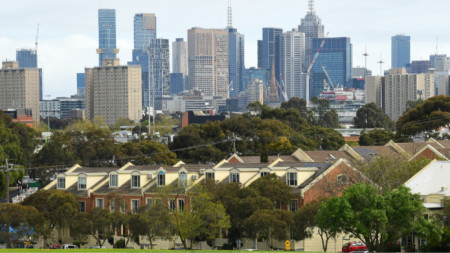