We mark the Day of St.St. Constantine and Helena 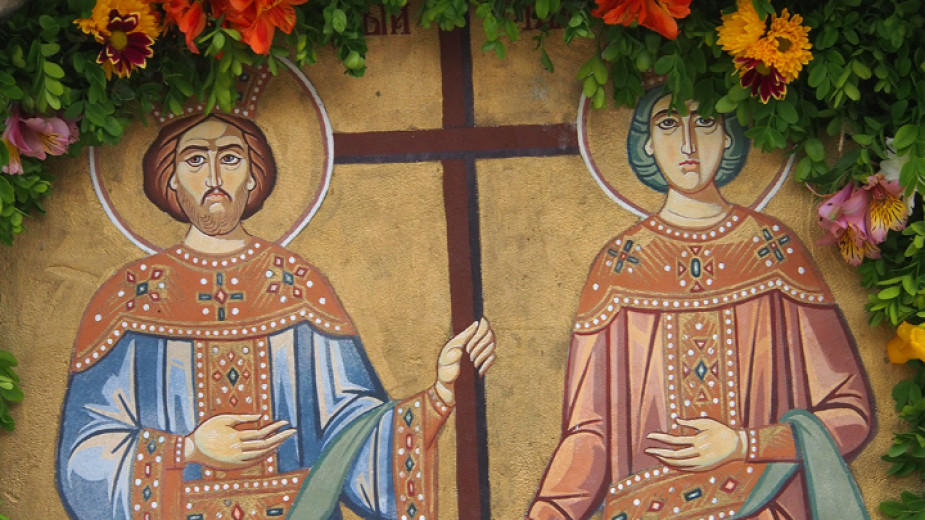 On May 21 the Orthodox Church celebrate the memory of the holy Great Sovereigns Constantine and Helena, equal to the apostles.

In 325, AD Emperor Constantine convened the First Ecumenical Council. According to some sources, he sent his mother Helena on a pilgrimage to the city of Jerusalem to search for Christian relics. The legend has it that Helena pointed to a place where three crosses were uncovered, including the Holy Cross on which Christ was crucified. At Helen’s instructions and with her own funds, several churches were built in Bethlehem, on Mount Eleon, etc. In Bulgaria May 21 is the holiday of dozens of Christian temples that bear the name of the saints, including the Monastery of Sts Constantine and Helen located at the heart of the seaside resort bearing the same name. According to the legends, the monastery was founded back in the 14th century near a holy spring.

At 9 am today, a solemn liturgy and a water blessing ceremony will take place at the monastery, which will give the start of a programme dedicated to the holiday of the first Bulgarian seaside resort Saints Constantine and Helena.  The resort was established in the 20th century when the largest children’s sanatorium in the Balkans was built in the resort complex. In Bulgaria a whole spectrum of rituals and traditions are associated with the names of Saints Constantine and Helena. May 21 is the day of fire dancing (dancing on live embers), performed in Strandzha Mountain. The ritual is known in Bulgaria as Nestinarstvo (and the people performing it are "Nestinari") Until the end of the 19th century, this custom was common in the villages on both sides of the Greece-Bulgaria border. However, the tradition was almost eradicated after the Balkan War of 1912. It remained only in hardly accessible areas of Strandzha Mountain, where the village of Bulgari (formerly known as Urgari) is located.