Photo: BGNES
For yet another Wednesday, the Justice for Everyone Initiative has organized its traditional protest in front of the Sofia Court House under the motto "Justice without a cap". Today, the protest is also directed against the election of the temporary head of the special prosecutor's office Valentina Madzharova as its permanent head. She took the post in a procedure without another participant, with the votes of all present members of the SJC Prosecutorial Board.
Immediately after Madzharova's election, Justice for Everyone congratulated her, saying they expected her mandate to be short because they hopes the new parliament would close down the structures of the specialized prosecutor's office.
Radio Bulgaria News    Justice for Everyone justice system Sofia Court House specialized prosecutor's office Valentina Madzharova 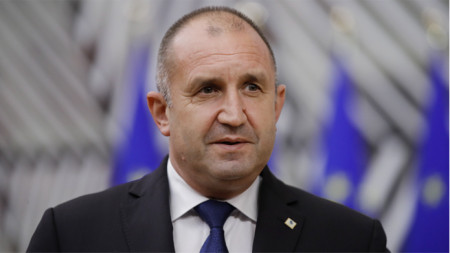 On 26 July Bulgarian President Rumen Radev is to pay a working visit to Salzburg at the invitation of the President of Austria Alexander Van der Bellen , the presidential press service has announced. The talks between Rumen Radev and..