The connectivity in science, education and innovation were the highlights of the Bulgarian presidency of the Three Seas Initiative. The initiative is now sufficiently recognizable, both in the region of the member states and globally, said President Rumen Radev, host of the 6th Three Seas Summit in Sofia.

It ended with a declaration by the heads of state of the 12 participating countries in the geographical area between the Adriatic, Baltic and Black Seas. The document declares the political will of the countries to work for the accelerated development of the region. An agreement was reached at the meeting between the investment promotion agencies of the participating countries.

"The implementation of the priority projects of the Three Seas initiative will radically change the situation in the sustainable development of our region and society as a whole. The constant development of these projects - 90 in 2021, shows the level of our ambitions," said Radev.

During the two-day meetings, the Bulgarian head of state held a number of bilateral meetings, including with a delegation of congressmen from the United States, to whom he stressed Bulgaria’s ambition to attract more US investment in areas such as information technology and innovation.

The 12 countries united by the Three Seas initiative have at their disposal capital of nearly 5 billion euros under a special Investment Fund. The fund is expected to generate investments totalling 100 billion euros. Therefore, the topic of how best to allocate this resource in the priority sectors for the initiative - transport, energy and digitalization, was at the center of the discussion within the forum in Sofia today. The conclusion is that the projects applying for capital to the Fund must have a stable potential for development, which will guarantee a long-term return on investment. What are the main challenges for attracting new capital to this fund?

"Most of all the trust”, says firmly Beata Daszynska-Muzyczka, the chairwoman of the Investment Fund of the Three Seas Initiative. "Just like in life, before you give money to someone, you have to trust them. That is why it is important to explain to private investors what rules we will use to build this fund, how and for what financing will be granted. Another important thing for a private investor is to have access to the funds for the whole region - not for each country individually." The manager of the Investment Fund of Three Seas Initiative has pointed out that there is no lack of money in the world, but there is a shortage of projects. She said this became clear from her conversations with financiers from Canada, Finland, Japan and South Korea.

"We encourage and invite anyone who has money and wants to invest to do so in this investment fund. It offers huge investment opportunities from around the world.”

"This type of public and private investment, which we are talking about, not only brings with it greater growth, but it can make workers more productive and therefore support growth in the long run," said during the discussion the Deputy Prime Minister of European Funds Management Atanas Pekanov. “We know that after an economic crisis, there is often a period of stagnation in the public and private sectors, especially in terms of infrastructure”.

The member countries of the Three Seas Initiative are closely linked, thanks to trade. However, more work is needed in terms of digital, transport and energy connectivity," Pekanov added.

An indicator of the direction in which the Investment Fund of the Three Seas initiative is investing is the information that in early June it acquired a significant stake in an Austrian company whose activity is related to the production of energy from renewable sources. Among the assets owned by the company is a solar park in Bulgaria, near the village of Karadzhalovo, in Parvomay municipality.

At a ceremony at the National Palace of Culture, Bulgaria’s President Rumen Radev presented the flag of the initiative to his Latvian counterpart. "The states of the Three Seas must be united in upholding important priorities," the Bulgarian head of state said, emphasizing the strengthening of democracy and the fight against corruption.

Digitalization and attracting more investment in the region will be among the priorities in Riga's work, said Latvian President Egils Levits. 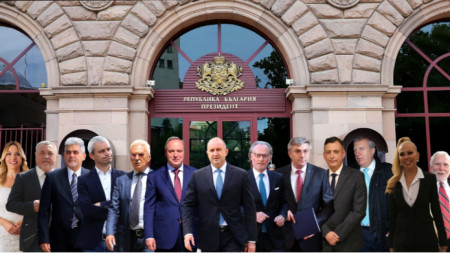 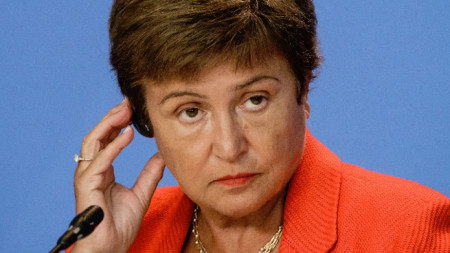