A stable government or elections after election stretching out into the future – this dilemma which emerged after the snap parliamentary election on 11 July will soon be resolved. Meanwhile Prof. Biser Georgiev from Bishop Constantine of Preslav University in Shumen takes us back to the times right after the country’s liberation (1878) to follow through how governments which have been in office only briefly have affected the country socially and economically.

“There are several significant periods when transitional governments emerged with a fragile majority and consisting of many parties,” Prof. Georgiev says in an interview for BNR-Shumen. “Such cabinets usually come in the most critical years, politically, in the development of society in this country, times of one kind of disaster or another, one kind of crisis or another, times of cardinal change. One such example is the so-called coup by the first Bulgarian Prince Alexander I of Battenberg, who, on 27 April, 1881, overthrew the legitimately elected National Assembly and the government of the liberals. What followed was the establishment of a government with Russian involvement in the country, but also with Prime Minister General Johan Casimir Ehrnroot (a Finnish officer and official in the service of Imperial Russia). That cabinet was in power just a few months and comes as an illustration of the abrupt changes in Bulgarian society.”

Politically, that is what the governments were like after the overthrowal of Prince Alexander I Battenberg in 1886. They were headed, in their turn by Metropolitan Bishop Kilment from the Conservative Party and by Petko Karavelov, a liberal. History tells us that these were the shortest-lived governments to have ruled Bulgaria. The first formally existed three days – from 9 to 12 August, 1886, and the second, the government headed by Petko Karavelov existed 4 days – from 12 to 16 August that same year. How long these two cabinets survived is not the only intriguing thing about them – as it turns out some of the cabinet ministers never even got to the capital city, others never found out what an honour they had been accorded.

An example of a short-lived government in times of crisis is the second cabinet of Todor Ivanchov, appointed in 1900 by decree of Prince Ferdinand, which survived less than two months. The newly appointed prime minister ruled on behalf of the Liberal Party even though it was headed by Vassil Radoslavov – in an endeavor by the prince to split the political organization. “At the time Bulgaria, at the cost of enormous effort and by changing several transitional governments one after another, was able to negotiate an external loan and avoid bankruptcy – the kind of bankruptcy that Greece was unable to ward off several years before that,” Prof. Georgiev adds. The situation grew so critical that one of the cabinets couldn’t even pay its clerks their salaries.

“Transitional governments mostly cause economic stagnation,” Biser Georgiev says further. “Cataclysms occur precisely when the discord among individual politicians causes a very serious economic setback. However, elections without end should not be an option because that is usually a bad choice because of the comparatively uncontrolled spending by people who are not held accountable by parliament.”

In dire historical times parties tend to forget their narrow partisanship and unite around a higher idea – the prosperity of the nation, the historian says. After Bulgaria emerged from World War I political organizations with differing political leanings formed two coalition governments. The first – the government of Alexander Malinov – spanned the three months immediately after the war, and the second – the government of Teodor Teodorov remained in power for almost one year and was able to remedy the situation in the country, at a time when people literally had nothing to eat. 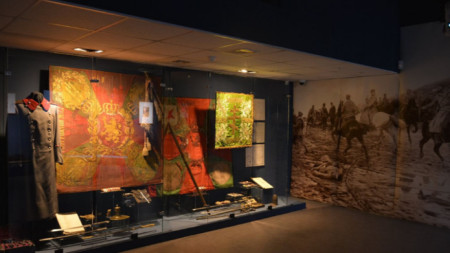 On the occasion of Unification Day, marked on September 6, the National Museum of Military History takes us 136 years back in time with the exhibition named “Sofia – Capital of Unified Bulgaria”. A special map presents 12 locations..