A 10% increase in GDP, increase in investment by 4%, increase in gross value added by 8%, increase in exports of goods and services by 20%. These are some of the achievements presented by the Minister of Economy Kiril Petkov at the end of the term of the caretaker cabinet. He stressed that these are great values ​​that show economic growth.

For his part, Finance Minister Asen Vassilev said the cabinet had stopped inspecting hair salons and control had focused on large companies with significant turnover.
"The change of control from small to large brought two effects - more money began to be collected in the treasury and the business began to work more calmly," he commented.
According to the Minister, this is the reason why in the second quarter of the year a record increase of 10% of the collection in the treasury was reported.
Listen to the daily news from Bulgaria presented in "Bulgaria Today" podcast, available in Spotify.
Radio Bulgaria News    Asen Vasilev caretaker cabinet GDP Kiril Petkov 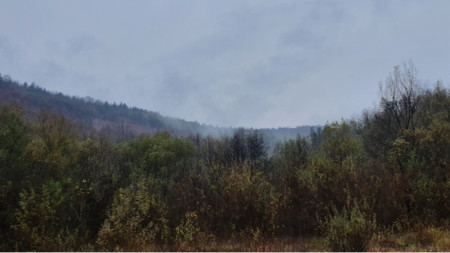 It will be cloudy on Sunday night. It will start raining in many parts of the country on Monday morning. It will snow in the Pre-Balkan region and the high fields in Western Bulgaria. Thin snow cover will form in these areas.  The lowest temperatures will.. “Bulgarian Rise” ready to talk with all parliamentary parties A total of 325 centenarians are currently living in Bulgaria, including 242 women and 83 men , the BTA reported referring to data of the National Statistical Institute as of December 31, 2021. 222 centenarians live in the towns and 103 live in the.. At a meeting in Brussels, Energy Minister Rosen Hristov and his French counterpart Agnès Pannier-Runacher discussed possible cooperation in the field of..

On the occasion of the 50th anniversary of the opening of the Varna Chalcolithic Necropolis, the association "Varna Necropolis I"..