The reformist forces stand a great chance of winning general elections and receive the first cabinet-forming mandate for the first time in 1997, if “Democratic Bulgaria” and the new political formation “We Continue the Change” participate at the forthcoming elections in a coalition, MEP Radan Kanev said for the BNR. In his words, reformist forces will not have such an opportunity any time soon.

According to one of the leaders of "Stand up, BG! We are coming! ”Arman Babikyan, the earlier a coalition is formed, the better. “Last year, we were united in our protests and no one asked Kiril Petkov whether he studied at Harvard or Yale when he delivered a speech to the citizens”, added Arman Babikyan.

Alexander Simov from the Bulgarian Socialist Party did not rule out the possibility that left-wing voters may support the new political project. However, he does not view this project as a rival to the left-wing parties.

The levels of ammonium nitrogen in the region of Vera Su, the ship which ran aground near Kamen Bryag almost one month ago, are three times higher than the levels that have so far been gauged by the coastguard station, the Ministry of Environment..

Four people detained over alleged mediation in a scheme for the issuance of fake Covi-19 vaccine certificates from the medical centre in Kyustendil have been released from custody in Veliko Turnovo. At this point there is not enough evidence.. 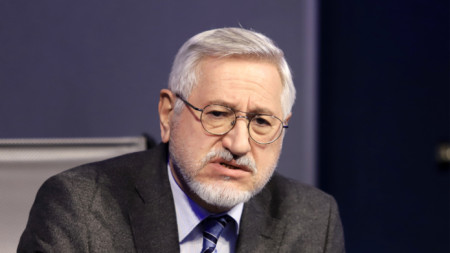 “Unless the Republic of North Macedonia alters its conduct in bilateral relations with Bulgaria, it cannot expect what it has persistently been suggesting – that this country makes concessions under outside pressure.” This is the position expressed..

Varna and the region are now in the dark-red Covid-19 zone, Dr. Dochka Mihaylova, director of the Regional Health Inspectorate has announced...