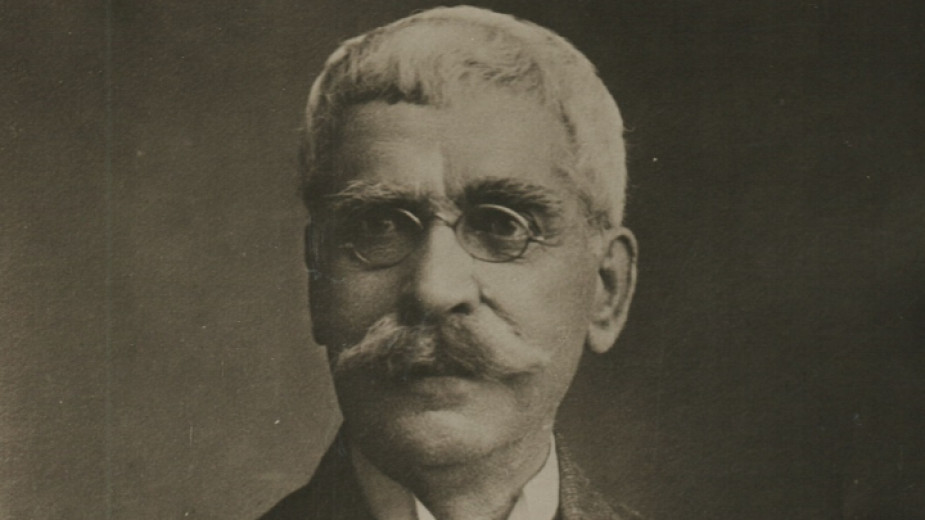 A century ago, on September 22, 1921, the patriarch of Bulgarian literature Ivan Vazov closed his eyes for the last time, bequeathing to the generations some of the most beautiful words dedicated to Bulgaria. His adoration and sincere love of his motherland is felt in each of his numerous short stories, travelogues, novels, plays, poems. Generations of Bulgarians have grown up with his poems, and one of the first things we all learn at school and remember for a lifetime is Vazov’s poem “Az sam balgarche” – “I am a Bulgarian child and I love, cherish and hold dear everything Bulgarian and native”. In his works, Vazov touches on many of the topics that agitated Bulgarian society in the second half of the 19th and early 20th centuries. It can serve as a kind of chronicle of the heroic Bulgarian victories in the name of the national goal - the conquest of freedom, the unification of the country after the five-century Ottoman yoke. The proclamation of the Independence of Bulgaria in 1908 so far remains the only event of the period for which there is no specific work written by the author.

"This was a really serious event but let's not take the works of Ivan Vazov so literally," explains Atanas Kapralov, director of the National Literary Museum. “For his 71 years the national poet experienced five wars. But let's not forget that Vazov was not a publicist. His works carry the spirit of freedom and independence to which Bulgaria aspires. Not in vain, no matter how much Pencho Slaveykov wanted his father Petko Slaveykov to receive the title of Patriarch of Bulgarian Literature, the one awarded with it was Vazov.” Vazov's works encouraged and still encourage generations of Bulgarians, even those born abroad, to get to know and love their homeland. The numerous works that the author left behind would also make Bulgaria known outside its borders. Evidence of this is the fact that the house museum of Vazov in the heart of Sofia enjoys a large number of visitors:

"Vazov’s house in Sofia is visited by both Bulgarians and foreigners,” says Kapralov. “Usually foreigners know little about the artist Ivan Vazov. They want to find out from our curators what kind of person he was, because they still understood that this creator bore fundamental features for us as individuals, as a collective image of the Bulgarian spirituality. Getting to know him, they learn more about today's people of Bulgaria. Curiously, after their visit, many of them are looking for his works, most often the novel "Under the Yoke".

Another interesting fact related to Vazov’s most emblematic work is that in 1894, it was first printed in English. The reason for the delay of the Bulgarian edition was that it contained 24 illustrations, which had to be approved by Vazov, and then recreated with the help of actors. The photographs taken would then be delivered to an artist who repainted them, leaving his mark on them. Often the illustrations looked different from the original photos and had to be reworked, which took time. With its rich language, plot and imagery, "Under the Yoke" occupies a worthy place in the pantheon of Bulgarian literary classics. However, its presence among its golden pages did not protect the novel from attempts to edit, revise or even shorten it, in order to make it easier for readers to understand and perceive. In this context, the translation of the book in the so-called "shlyokavitsa*", which appeared on the book market 4 years ago, quite expectedly caused sharp disapproval among all segments of society. Although the publication appeared with the mission to remind the public that the Bulgarian language is in danger, the choice of the work seems to have been quite inappropriate.

"I cannot accept the editing of the work of a classic author“,  the director of the National Literary Museum says firmly. “I do not think such a thing has happened elsewhere in the world with the work by an author of such magnitude. It is indisputable that in the novel "Under the Yoke" there are many words borrowed from Turkish but after all, such was the everyday language of the then Bulgarian people. In his work Vazov uses a wealth of words. Probably the publishers of this edition thought that this would make the author more accessible to the modern reader. In this way, however, the connection with the high creativity related to the detail, the introduction of nuances in the work is lost. I am firmly against any updates of classical Bulgarian authors. "

Note by the author:

* Shlyokavitsa - the "alphabet" used by the generation after 2000, which grew up with the Internet. In it the Cyrillic alphabet is replaced phonetically with Latin characters, and the Cyrillic letters “Ш” and “Ч” are written with the numbers 6 and 4.