2-in-1 election campaign is fast approaching

22 parties and 7 coalitions are to take part in the upcoming elections for members of the 47th National Assembly scheduled for 14 November, though their number could go down, as the signatures they have submitted for their registration are yet to be verified. On 13 October the Central Election Commission will draw lots for the ballot numbers of each of the parties, and on the 15 October the election campaign begins. It will be a 2-in-1 campaign, as on the same date – 14 November – Bulgarians will also be voting for President. Besides the nominations of Rumen Radev and Iliana Yotova for President and Vice President, put forward by a nomination committee and already supported by the young political formations “There Is Such a People” and “We Continue the Change”, but also by the Bulgarian Socialist Party, the nominations of the other leading political players – GERB, “Democratic Bulgaria” and the Movement for Rights and Freedoms – are, as yet unclear.

There are several factors that merit attention and analysis at this time. For the first time in the 30-year long democratic history of Bulgaria an election for president and vice president, and an election for National Assembly are to take place simultaneously, on the same day. It is not as yet clear whether this fact will boost voter turnout which, at 42.19%, failed to even clear the 50 percent mark in the latest election for parliament.

On the other hand, the question arises: what do parties like GERB and “Democratic Bulgaria” stand to gain by waiting till the last minute before announcing their nominations for president? GERB have already stated they will announce the name of their nomination at the last possible moment – on 12 October, so as to avoid any mudslinging against their presidential candidate. “Democratic Bulgaria” on the other hand are going to discuss “all possible options” and are yet to make a “collective decision”.

Against this background the names we already know will be running for president, among them the leaders of the parties “Vazrazhdane” and “Ataka” Kostadin Kostadinov and Volen Siderov, folk singer Luna Yordanova and the former deputy prime minister in the Dimitar Popov cabinet Alexander Tomov – hold out the promise that Rumen Radev and Iliana Yotova will easily reach the second round of the election on 21 November.

Who are the candidates of the leading parties, and, more to the point, where are they? These are the questions political analysts have been endeavouring to answer. Strahil Deliiski says that GERB’s behavior doesn’t make any sense, and is disrespectful of their voters: “They have been attacking Radev for close to two years but we are still in the dark as to what alternative the biggest opponents of the current head of state are offering. Borissov owes it to his electorate to run for president himself on behalf of GERB party,” Strahil Deliiski says.

The political scientist adds that just like the Bulgarian Socialist Party years ago, now GERB is in crisis, and one possible way out for them is precisely for former Prime Minister Boyko Borissov to run for president. He ought to follow the example of Georgi Parvanov (President of Bulgaria from 2002 to 2012), who won the election and managed to bring his party (BSP) out of isolation.

However, Georgi Kiryakov is sceptical whether such a tactic would prove a winning move:

“Borissov would not face Radev as a presidential candidate unless he has firm assurances that he will win this election. Not to mention the fact that voters have a reflex – if Borissov were to face Radev, they would vote against him whether they like Radev or not. And one more thing – Boyko Borissov hates to lose any kind of election,” Kuryakov adds.

It stands to reason, with the holding of 2-in-1 elections to ask ourselves – which of the two types of campaign is going to prevail and will it coax voters into exercising their right to vote:

“From the two campaigns, the one for president will prevail,” Boris Popivanov comments in an interview for the BNR’s Radio Plovdiv. “For the time being we are not seeing the political parties define clear positions on things like the price of electricity, inflation and the Covid-crisis with the high mortality rate we have again reached. In an effort to avoid any discussion of the current problems and the necessary reforms, the parties feel much more comfortable focusing on the presidential battle, and on turning it into a clash on a personal level.” 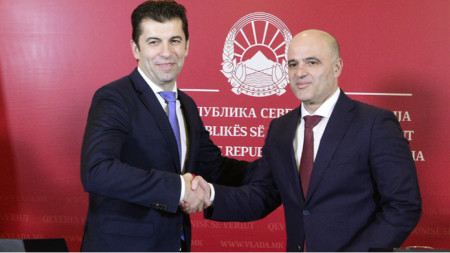