When he was a student, he often looked at the night sky through a telescope and dreamt of unraveling the mysteries of the universe. But the long hours in front of the computer, many programming competitions and ambitious high school teachers shaped his future as a brilliant software engineer.

Minko Gechev has a leading position in Google but does not forget to thank his teachers for his first steps on the path that led him to a high position in a globally prosperous company. "I had a chance to be in a math and computer science class in the town of Troyan, where we learned the basics of programming," he says.

"At that time I thought that an ordinary person could not cope with the task in any way. As a student I traveled to national programming competitions and there I met people with similar interests and later I started studying at the Faculty of Mathematics and Informatics at Sofia University. I was part of an environment with a lot of interesting people who were really interested in computer science and programming and that was inspiring.” While still studying, Minko Gechev was working with the Angular code - a more complex version of JavaScript used by giants such as Google, Facebook and You Tube. Meanwhile, a British publishing house specialized in information technology and software contacted him to write the book "Angular 2", followed by "Angular 4".

The growing authority of the young software specialist opened new opportunities for him around the world. He ended up in the Silicon Valley, where he joined the Learn Capital venture capital firm. Later, together with the founder of the fund and another entrepreneur, he created a successful American-Bulgarian start-up company and developed a platform for online training. He says that during that time he wrote his most beautiful code. "It looked like solving a puzzle, because I had to find out how the different pieces need to be arranged for achieving an elegant solution to a real problem by using technical means,” Minko Gechev adds. “At one point I even started to find equivalents of technical problems in real life. The queues at the grocery store reminded me of the algorithm I was creating.”

In 2019, the owners of the start up sold the company to a global leader in the field of online training, and Minko Gechev had already accepted the offer to become part of the Google think tank. Joining the team, the Bulgarian discovered that some of his own projects had entered into use in the company. Through open-source code and a platform for creating web applications Minko Gechev provides software tools to nearly 1.7 million programmers.

"Open source means that as software engineers we share more than just the final software product - for example, an application that is installed on the phone, but also its source code,” Minko Gechev says. “It's like a food company creating a recipe for a product and sharing the ingredients and the way to make it. By making this knowledge freely available, we help people get acquainted with even the smallest details of a project.” Due to his scientific success Minko Gechev has twice became a laureate of the “John Atanasoff” Presidential Award. He is also part of the ranking "30 under 30" of Forbes Bulgaria. He says that he can hardly predict his future. "If you had asked me 20 years ago what I would do today, I would probably have answered - an employee of the Ministry of Interior," he says with a smile and adds that the magic is not knowing where life would take us.

Compiled by: Diana Tsankova / based on an interview by Milena Vodenicharova, BNR- Hristo Botev/ 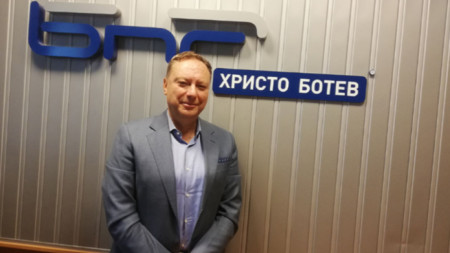