Feast of St. Ivan Rilski is also marked as Day of Bulgarian-Hungarian friendship

For the fifth year, October 19 is celebrated as the Day of Bulgarian-Hungarian Friendship. The two nations have always maintained good relations over the years, which has given the opportunity for active cultural exchange between our countries,  Szandra Miskédi, director of the Hungarian Cultural Institute in Sofia, said in an interview for the BNR.

"This year we will show the magazine called Hemus, which is published in Budapest. It is bilingual and it is written by Bulgarians living in Hungary and Hungarians connected with Bulgaria. The illustrations are also made mostly by Bulgarians living in Hungary," Miskedi said.
The day of St. Ivan Rilski was chosen as a day to celebrate the Bulgarian-Hungarian relations because in 1183 the Hungarian king Bela III conquered Sredets (present-day Sofia) and transferred the miraculous relics of the saint to his capital. In 1187 the Hungarians returned the relics of the Bulgarian heavenly patron to Sredets.
Radio Bulgaria News    Bela III Hungary Ivan Rilski relics saint Sredets 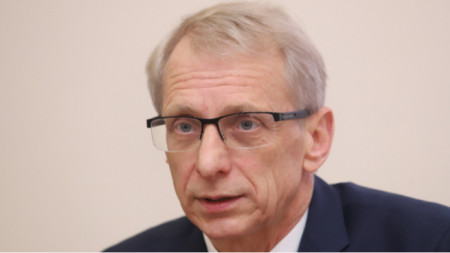 Around 60% of schoolchildren have indicated they are ready to be tested in class: Education Minister Denkov

“If the organization at the schools is at hand, they can start in-presence attendance. Around 60% of all schoolchildren have indicated their willingness to be tested . The process will take 1-2 weeks and most of the students will be back in..

Canada mandates Covid-19 tests for arrivals in the country

Arrivals in Canada by air are subject to mandatory testing for Covid-19, whatever their vaccination status, and whether they have a Covid-19 recovery certificate or not. This shall not apply to arrivals from USA. Passengers are subject to..