Bulgaria’s best tennis player Grigor Dimitrov occupies the 28th position in the ATP tennis rankings at the end of the 2021 tennis season. In other words, Dimitrov remains in top 30 for the ninth consecutive year. Meanwhile, this is Dimitrov’s worst ranking since 2015 when he finished 28th again. In 2017, Grigor Dimitrov finished 3rd after winning the trophy at the ATP finals in London. Denislava Glushkova qualifies for the second round of Australian Open Juniors 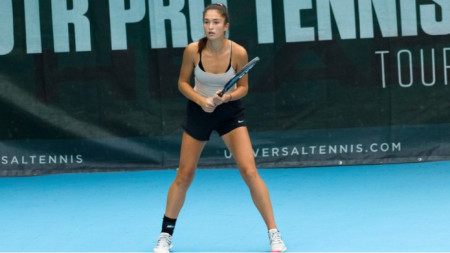 Mihaela Tsoneva and Gabriela Mihaylova qualified for the singles quarterfinals at the ITF clay court tournament in Antalya, Turkey, with prize money amounting to USD 15,000. Tsoneva won the Bulgarian derby versus Julia Stamatova by 6-2,..

16 athletes competing in 7 sports disciplines  will represent Bulgaria at the 24 th Winter Olympic Games in Beijing, China, which begin on February 4, 2022.  The decision has been approved by the Bulgarian Olympic Committee. Bulgarian athletes..

Denislava Glushkova qualifies for the second round of Australian Open Juniors

Bulgaria’s tennis player Denislava Glushkova has qualified for the second round of Australian Open Juniors. Glushkova defeated 6:3; 6:3 No 15 seed Laura..