Bulgarian artist Georgi Velchev was born 130 years ago and his work received its long-delayed acknowledgment thanks to art critic Rumen Serafimov, who has been working to study and restore the abandoned museum in Velchev’s home in Varna. Unsuspected evidence of an exciting and highly creative life that was also full of suffering was revealed in front of the researcher’s eyes.

Georgi Velchev family was from the town of Zheravna. After his parents moved to Varna, his father opened the first bookstore in the city. As a student the future artist visited the Hermitage and the Tretyakov Gallery and this, according to him, predetermined his choices in life. Two great painters – Ivan Mrkvicka and Stefan Ivanov, laid the academic foundations in his work as an artist. Georgi Velchev belongs to a generation of artists such as Sirak Skitnik, Nikolay Raynov, Ivan Milev, who in the first decades of the twentieth century opposed traditional realism, trying to bring in the energy of European modernism. That is why in 1920 he left for Paris. "There he specialized in the Academy of Fine Arts and was influenced by the Nabi artists,” Rumen Serafimov says. “These exceptional artists created highly intellectual symbolist art, expressed through poetic contemplation of nature and human essence. During his three-year stay in the French capital city, Georgi Velchev worked in a post-impressionist style, creating magnificent landscapes of the beautiful Parc Monceau, the Bois de Boulogne and parts of Paris.” There is hardly another Bulgarian artist who has traveled to more countries and continents, the art critic says. In Germany, Georgi Velchev was invited by Heinrich Vogeler to join his famous artistic colony in Worpswede and briefly became part of significant cultural processes. He spent eight years in New York, where he had solo exhibitions and participated in group exhibitions. However, the economic crisis in the United States forced him to return home in 1932.

In his homeland Georgi Velchev traveled to villages and towns, created many works, presented large exhibitions and his art was in demand, including in the royal court.

"Enriched by the knowledge of the vast cultural space of the world, with a special, sad aristocracy, he depicted life in the small Bulgarian world through his art," Rumen Serafimov says. The sea with its light and dark, stormy and calm faces, the waves meeting the lonely rocky shore also have a special place in his work.

After September 9, 1944, the new regime marked him with the stigma of an intelligent and free man used to living in the West.

"He started to be subjected to psychological repression," the art critic says. “His works were not bought and after 1946 he did not have any more exhibitions. However, he did not stop working. His art changed, his works became gloomy, saturated with bitterness and severe emotional states.”

In the last years of his life (he passed away in 1955) Georgi Velchev grew gloomy and lost his spirit for life, although loneliness and dissatisfaction accompanied him throughout his life. The artist "depopulated" his paintings as they did not need human presence. "There is this lonely mystery in his paintings," Rumen Serafimov says. “He carries the loneliness of a highly intelligent and sensitive person who was left alone in his life.” 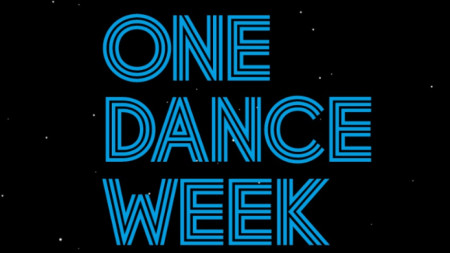