Jean Mar is a Bulgarian musician who has gained popularity in Switzerland, where he has been living for years. There he debuted on the radio with his song “Love Is”, which continues to be aired by local radio stations for 4 years now, followed by “Hold On”, which has also been a success. His new song is called “Everything to Nothing” and is performed together with Maria Marinova (MAKAYA), who reached the semifinals of "The Voice of Bulgaria".

The song has been inspired by personal experiences of the musician and love. "This is love that completely changed me," the singer says.

Jean Mar is the author of the lyrics and music and the arrangement has been done in collaboration with Krasi Todorov and Tasho Kolev. The song has been part of the Top 20 chart of the Bulgarian National Radio for months now.

Listen to the daily news from Bulgaria presented in "Bulgaria Today" podcast, available in Spotify.
Radio Bulgaria Music    BNR Top20 “Everything to Nothing” Jean Mar Maria Marinova (MAKAYA) Switzerland "The Voice of Bulgaria" 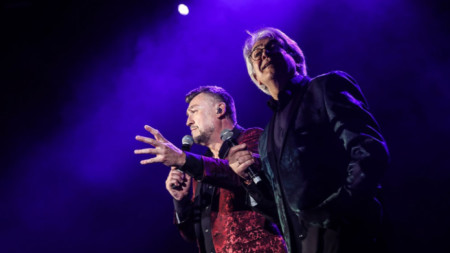 A few days ago (on 22.05) Bulgarian pop singer Lubo Kirov gave a concert at the famous Troxy Hall in London . According to his team’s accounts ˮLyubo made a world-class musical show. For more than two hours, the audience sang along with him the..