Three memoranda of cooperation were signed after the joint meeting in Sofia of the governments of Bulgaria and North Macedonia. The memoranda cover cooperation in agriculture, on supporting small and medium-sized enterprises and on the construction of a railway line between Skopje and Sofia.

The memorandum on the Sofia-Skopje railway line provides for an assessment of the investment value of the project and a study of funding opportunities from the EU and other international institutions. “Bulgaria will not change the members of the Joint Commission for Historical and Educational Issues. They will meet more often with their counterparts from North Macedonia", Premier Kiril Petkov said.

“Macedonian Bulgarians will be added to North Macedonia’s constitution as nation-building people. However, this will not happen soon, because the current government does not have the constitutional majority to pass this bill in Parliament”, North Macedonia's Premier Dimitar Kovachevski said. "In 2023, the Klepalo border checkpoint may be unveiled on the Bulgaria- North Macedonia border, which will be one of the benchmarks for progress between the two countries", Dimitar Kovachevski went on to say. 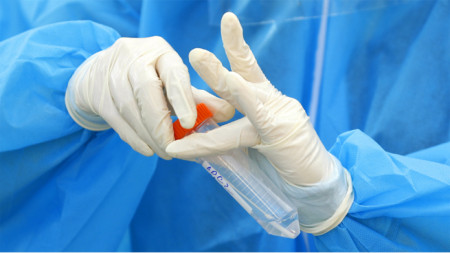 The new cases of Covid-19 confirmed in Bulgaria for the past day are 168. According to the Unified Information Portal, 4% of the 4,105 tests performed came back positive.  There are 412 hospitalized patients, of which 38 are treated in intensive..

Heating companies have requested a rise in the price of heating and hot water between 29% in Sofia and 330% in Veliko Tarnovo. This is clear from the..