The EU has allocated EUR 657 million for the EuroAsia Interconnector project, which will connect the electricity grids of Cyprus, Greece and Israel by underwater cable.

The EuroAsia Interconnector project offers significant economic and geopolitical benefits, ensures the security of energy supply of the three involved countries and of the EU system altogether, and ends the energy isolation of Cyprus, the EU’s motives for the decision read. Out of 1,208 kilometres of cables, 898 kilometres will pass along the bottom of the Mediterranean, reaching a record depth of 3,000 metres. The electric cable will have a capacity of 1,000 MW which can be upped to 2,000 MW, and will cost EUR 1.57 billion. Construction work will begin in 2022 and will be completed in 2025. Cyprus’ Energy Minister Natasa Pilides stated that grants from the EU would allow the construction to begin.

Greek government faces vote of no confidence over snowstorm response

The opposition party Syriza has submitted, to parliament, a motion of no confidence in the government over its “bungled response” to the blizzard which hit Greece, Каthimerini newspaper writes. The three-day debates on the motion start on 28 January and will end with a vote on the night of 30 January. Prime Minister Kyriakos Mitsotakis apologized to the people stranded in the streets or trapped in their cars, as well as to all people affected by the power outages. The authorities have demanded of the company operating the Attiki Odos ring road EUR 2,000 in compensation for each of the vehicles stranded in the snow. Compensations of EUR 1,000 have been announced for each of the 400 passengers in a train who had to wait for hours for the railway track to be cleared. Serbia will bear the consequences of the theft of the cultural heritage of Croatia in its EU accession negotiations, Croatia’s Foreign Minister Gordan Grlić-Radman warned, as reported by HRT TV. Appropriating another’s cultural heritage is outrageous, but it is obviously part of the hegemonic policy of the so-called “Serbian world”, Minister Gordan Grlić-Radman said in the town of Pula, where he took part in a conference on the future of the EU, together with his Greek counterpart Nikolaos Dendias. On 23 December, 2021, a cultural heritage law was adopted in Serbia, which elicited fierce criticism from Croatian officials and institutions because it included the old and rare library funds of Dubrovnik in Serbia’s cultural heritage. According to Belgrade, material dating prior to 1876 “belongs to Serbian as well as Croatian culture”.

Bucharest at risk of being left with no landfills

The capital of Romania Bucharest is on the verge of an unprecedented “garbage crisis”, DIGI24 TV reports. Out of Bucharest’s three landfills, two have been shut down and the third is overflowing. Vidra is the only place where Bucharest and the nearby region of Ilfov can dispose of their waste. The problem is that this “last bastion of waste” is more than 20 years old, is almost filled to capacity and could be shut down at any time, commented Dan Ceausescu, director of Bucharest’s waste management company, and added that Bucharest is sitting on top of a time bomb. There is no miracle solution, the capital city cannot avoid a garbage crisis because the construction of a waste processing installation will stretch over three years, admitted Environment Minister Barna Tánczos.

Serbian Patriarch believes the government of Montenegro will fall soon It is unlikely that Serbia’s Patriarch Porfirije will sign the General Agreement between the government of Montenegro and the Serbian Orthodox Church because he believes that the government will “fall” very soon. According to the Montenegrin Vijesti daily, the Deputy Prime Minister of Montenegro Dritan Abazović stated, during a meeting with the Patriarch of Serbia, that he was ready to sign the agreement, and that it should meet the interests of both sides fully. But, according to Vijesti, Porfirije replied that the Serbian Orthodox Church does not want to sign an agreement with the current government of Montenegro because “he believes it is going to fall and a possible signing of the general agreement could be challenged and lose legitimacy”. 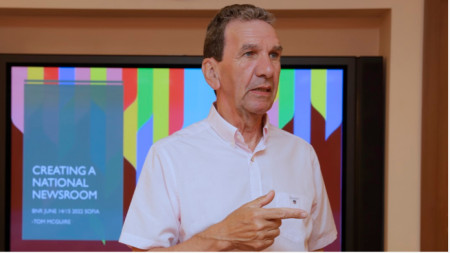 The information created by the Bulgarian National Radio continues to enjoy the highest public trust in Bulgaria. With these words, BNR Director General Milen Mitev opened a two-day seminar at the BNR headquarters in Sofia , dedicated to the..

Pro- and anti-government protests in Sofia

A hectic political week begins in Bulgaria. On Tuesday, June 21, the parliament discusses the motion of no confidence in the government of Kiril Petkov, submitted by the opposition party GERB. The vote will take place a day later, on 22 June. Analysts.. 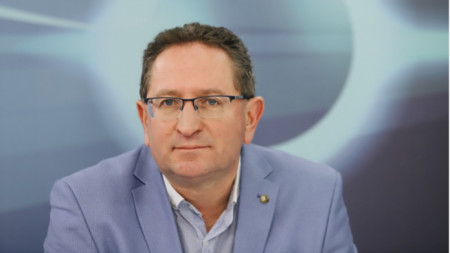 Georgi Bardarov: We need to change the philosophy of our education system

The demographic crisis in Bulgaria has been sparking public discussions for a long time. And although each government steps in with promises to counter this alarming trend, the results are rather alarming and cause a feeling of helplessness. Georgi..

The pilots from Graf Ignatievo Air Base have prepared an intensive 4-hour flight programme to mark the 110 th anniversary of the first combat..

Over the last 40 years, the Egyptian vulture population has declined by 83% in Bulgaria. In the coming years, it is expected to disappear..

We are whisked back in time to the post-1565 era with the spring-summer 2022 collection of the first university fashion label, FASHIONxNBU,..