Film premieres and adrenaline at the Challenge Days Festival

Antoine le Menestrel, The bard of the Vertical, gives a spectacular performance in Sofia After a two-year break, Sofia once again hosts the Days of Challenges festival for extreme sports and films, tourism, ecology and nature activities. The official program of the 16th edition of the festival starts on the 29th and will continue until the 31st of March at a new venue - Lumiere cinema in Sofia, explained to Radio Bulgaria the main organizer Lyubomir Popyordanov, chairman of the Mountains and People association. He added: "This is not merely a festival, it is a get together of a community of people whose journey through life is adrenalin-fed and whose main objective is to seek new horizons."

On 28 March, the French Institute in Bulgaria will host the conference "Mountains: beauty and challenges" with the participation of French and Bulgarian explorers, mountaineers and skiers. The Minister of Environment and Water Borislav Sandov and the Ambassador of France in Bulgaria Mrs. Florence Robine will attend the forum, which is part of the program of the Days of Challenges festival.

For the first time in its history the festival will have a daytime and evening program. Admission to the daytime screenings is free. The evening program includes screenings of Bulgarian premieres and Q&A sessions with the official guests.

"I would like to highlight the guest appearance of a French legend in this festival - Antoine le Menestrel - says Lyubomir Popyordanov. - On March 30 he will be presenting his "vertical choreography" LÁmant ("The Lover") live on the facades of several landmark buildings on Slaveykov Square at 5.30 pm. And later in the evening, he will announce the film "L'escalade libérée" ("Freed Climb"). The film traces his own evolution as a man and an artist, and the transformation of climbing from an individual sport into a collective art form for a group of people who create spectacles all over the world."

French-American film producer Luc Hardy will present his film "The Pursuit of Endurance". It is a documentary about the ship Endurance, which has been wrecked in 1915 under the Antarctic ice and was discovered almost intact just a few days ago.

And Stefan and Maxim Ivanov will tell the audience about the adventure of crossing the Atlantic Ocean, reaching their "Neverest".

"The adventures we will talk about are the type of challenges that forge the character of future leaders - and in Bulgaria we need leaders." says Lyubomir Popyordanov. And nature and tourism are the soil on which this urge to escape from everyday life, to go beyond one's own limits, grows. The Covid-19 pandemic has affected badly the tourism industry to such an extent that it will never be the same, says Popyordanov, who has been an adviser to Tourism Minister Hristo Prodanov since late last year. He adds that the war in Ukraine has also irrevocably changed the situation for tourism in Bulgaria.

"Fewer people would want to travel in large groups. More would seek genuine experiences, quality, privacy and tranquility. We were very isolated, deprived of social contact during the pandemic and now we will be much more careful who we communicate with because we have learned to value our time.

Bulgarian tourism needs to change in this direction - to provide higher quality, pay more attention to the individual and, above all, to focus on Bulgarian tourists. This is the main market where we can be successful. Three- or four-day

trips in the country will be in demand. So we need to create the opportunities, the products and to advertise them.

We need to learn how to promote Bulgaria, because I think that we do not have a problem with the product as much as with its communication" - says Lyubomir Popyordanov, for whom the days of challenges will obviously continue after the end of March. 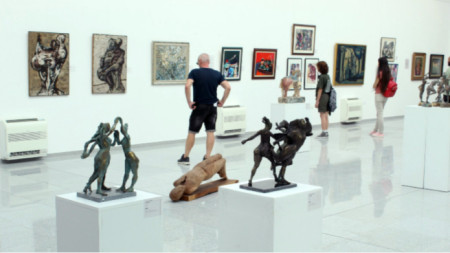