One-third of Bulgaria’s workforce will be off the market of labour by 2050, as they will have reached retirement age, according to a joint report of the National Employment Agency, the European Commission and the Organization for Economic Cooperation and Development. This will lead to labour shortages and a crisis within the social security system. Unfortunately, Bulgaria is among the countries with the fastest population decline in the world.

To address the problem of its declining and aging population, this country has a growing need of importing workers. And as this is true of the entire continent, during debates at the European Parliament, MEP Javier Moreno Sanchez stressed that Europe is in need of legal migration – now, and even more so in the future:

“We need migrant workers, and not just for demographic but for economic and geopolitical reasons as well,” he says. “And one more thing – they enrich our societies culturally. To attract these workers, we need to simplify and to continue to harmonize the European legal framework regulating the conditions of entry and stay, putting an end to obstructions and red tape.”

One of the options for hiring highly qualified experts from non-EU countries is the so-called blue card. It offers comparatively simplified application conditions to specialists in the spheres of IT, engineering and other prestigious professions. A blue card can be obtained by people with the competence required for a given job, acquired at a higher institute of learning or after a minimum of three years of training. Employers have to set down, in their labour contract, a salary that is at least 1.5 times higher than the average for the country, and to hire them for no less than one year. In the case of professions in which there is a shortage of highly-qualified staff, the card may be issued without meeting some of the legal requirements. The first blue card in this country was issued to an engineer in 2012, in Stara Zagora. According to Donka Zheleva, a lawyer with a leading Sofia law firm, the card is used most often to attract experts in IT.

“The procedure was changed, and as of June this year all documents are submitted to the Directorate Migration or its regional branches,” Donka Zheleva explains. “The National Employment agency, the State Agency for National Security and the Consular Relations Directorate then have to deliver an opinion. It is important to note that besides employers, who were previously the only ones with the right to apply for the permit, now the third-country citizens residing in this country are also entitled to apply.” Donka Zheleva’s practice has shown that employers are interested in the opportunities the EU blue card offers, but rarely avail themselves of them because the procedure is so cumbersome. Other obstructions they cite are the excessive paperwork, the insufficient advertising and the unfinished process of Bulgaria’s accession to the Schengen area.

61 blue cards were issued in Bulgaria in 2015, a year later their number was 115, and in 2019 – 268, the lowest number in the entire European Union, Eurostat data show. At the same time this country is very much in need of highly educated and skilled experts. 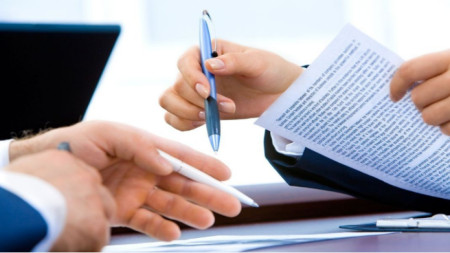 In June 2022, the economic situation in Bulgaria improved. The overall business climate indicator rose 1.4 percentage points as compared to the previous month, when it fell 0.7 points, the National Statistics Institute announced. The indicator.. The EU Energy Council has agreed that gas storage sites in the Community must be filled to at least 80% of their capacity by Nov. 1, 2022 , and to 90% by Nov. 1 in subsequent years. In the case of Bulgaria, which only has the Chiren gas.. 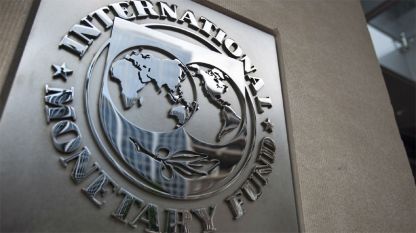 IMF is against introduction of different VAT levels in Bulgaria

The International Monetary Fund - IMF expects average inflation in Bulgaria in 2022 to reach 12.2%. This is what the opinion of the Executive Board of the fund is. It is based on data of the institution's mission to Sofia...

In June 2022, the economic situation in Bulgaria improved. The overall business climate indicator rose 1.4 percentage points as compared to the..