Bulgarians in Los Angeles – more than 35,000 in number – want to see the monument become a symbol of the Bulgarian community 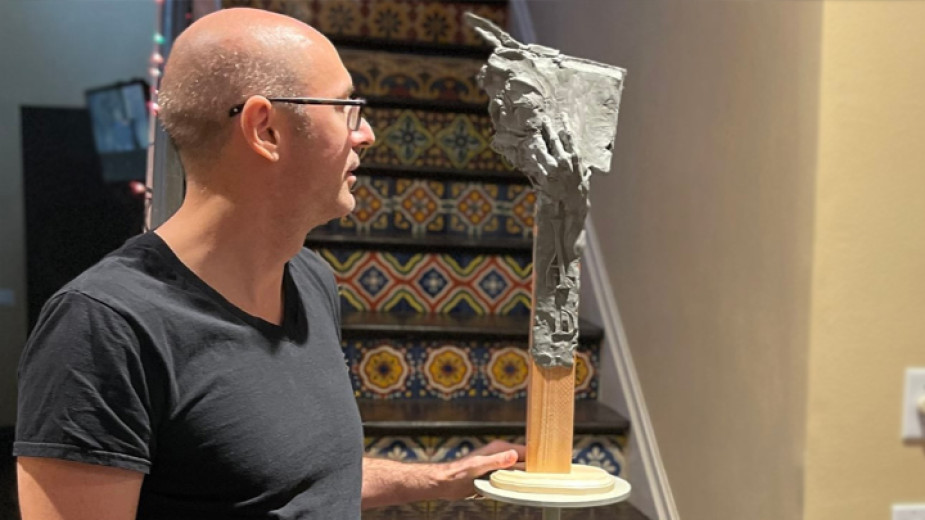 His heart, his soul, everything that makes him what he is, is connected with the fine arts. His dedication to animation has earned him the trust of some of the world leaders in the industry, like Disney and Nickelodeon. He is Bulgarian, and his name is Bronislav Likomanov.

It all began with a piece of advice he was given by his wife-to-be, Rossi, whom he was at university with – at the National Academy for Theatre and Film Arts in Sofia. What she said to him, at a time when he was ready to give up animation and move to the fine arts, is something Bronislav has never forgotten:

“When I started in the class of (renowned animator) Donyo Donev at the National Academy for Theatre and Film Arts, I wasn’t absolutely sure that this was what I wanted to do in life. I have always thought fine arts were my calling. But when I told my wife she was really surprised. And she said something to me that I often repeat to myself: animation is the art form that incorporates all other art forms. So that I can safely say that it is thanks to her that I discovered the beauty of animation, its depths.” The couple left for USA 23 years ago, after his wife won a green card. And even though they had already started work at a studio in Sofia, as well as on various projects in Europe, they chose to make a fresh start overseas.

“At the time I was really pleased with my work in Hungary, and because of the close contacts I had with colleagues and friends in Bulgaria it was hard to imagine living in America for good. So, I went there with the idea we would work there for a bit, and would then come back. But almost immediately we both started work for an animation studio, so that coming home was no longer on the agenda. We quickly discovered and adapted to our new environment, and made friends with some really worthwhile people. And it turned out there were many other Bulgarians working for the film industry overseas,” Likomanov says.

And though he has remained committed to animation, and has worked on the Mickey Mouse films, on Lilo & Stitch etc., Bronislav Likomanov never forgot his passion for painting and sculpture. He works mostly with bronze and his works are displayed by different galleries. But representatives of the Bulgarian community in Los Angeles recently commissioned him to do something very special.

“I got a call with the question: would I like to work on the project of a monument to commemorate the alphabet? I immediately embraced the idea. For me it is a question of honour, and of pleasure, so I am doing it for free, but while I was working on the sketches I decided to put the focus not so much on any individual, but on the alphabet itself. So that, ultimately, the final version is a hand holding a book. Half of the book morphs into a wing, and underneath it are the first four letters of our alphabet А, Б, В and Г. The small-scale model of the monument is 60 cms. high. The conciliation procedure with the city council is still ongoing. That is why, regrettably, it is not going to be inaugurated in time for 24 May this year.

Our fellow-countrymen want the monument to be put up in a park, and to become a symbol of the Bulgarian community in Los Angeles – more than 35,000 in number.”

More than two decades after turning over a new leaf in their lives, Broni and his wife often turn their thoughts to Bulgaria: “I would like to go back more often than I do – usually once every 3-4 years. I am very happy to have been able to keep in touch with friends and colleagues in Bulgaria, who work in the film industry there. And I am glad to say that my daughter, who is now 28, is really fluent in spoken Bulgarian.”

Good things in life often come unexpectedly. Little did Nina know in 1975 that she was about to meet her future husband, when in August she set off from her hometown Shostka in Ukraine to visit its twin town in Bulgaria – Oryahovo... 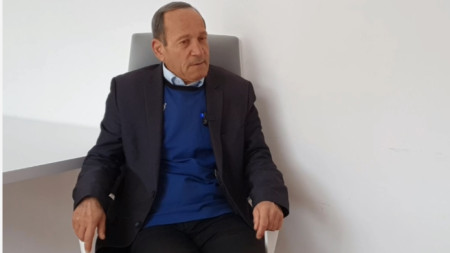 Good things in life often come unexpectedly. Little did Nina know in 1975 that she was about to meet her future husband, when in August she..