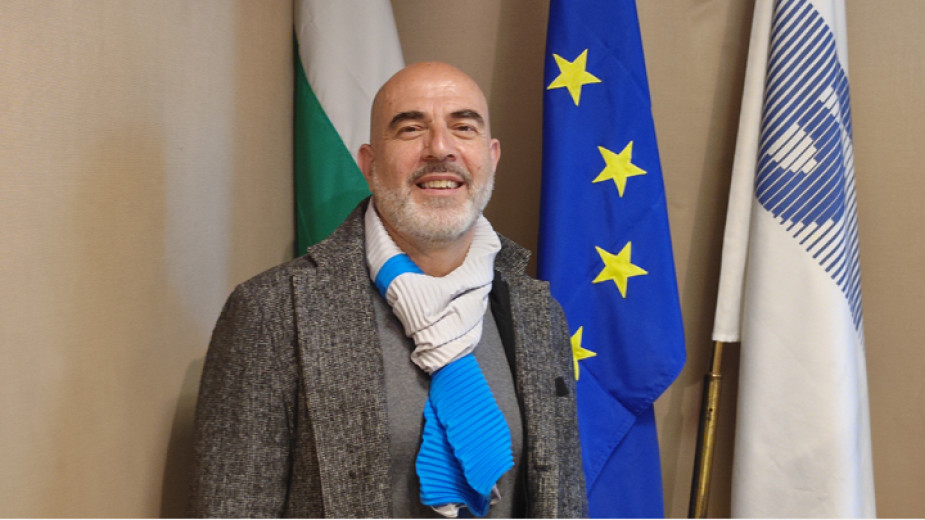 Since September 2021, Pierre Colliot has been the Director of the French Cultural Institute and Counsellor for Cooperation and Cultural Affairs at the French Embassy in Sofia. The reason we invited him for a conversation was the recent European Night of Museums, but this also allowed us to get to know the French diplomat better and to understand how he feels in Bulgaria…

Before coming to Sofia, his long diplomatic career took him to Guinea, Canada, Jordan, Kuwait, and Japan as the last one particularly impressed him with its originality and aesthetics, lifestyle, relationship and ideas about France. His career as a diplomat also brought him in close contact with Bulgarian from the 1980s when he was engaged in scientific and technical cooperation with Eastern European countries.

Has Bulgaria changed during this time?

According to Pierre Colliot, significant changes have indeed taken place, which is inevitable given the different political contexts. Accession to the EU has led to political, social and economic transformations with a positive sign for Bulgarian society.

"I never thought that immediately after the change of the regime in 1991, Bulgaria's first decision would be to join the International Organization of La Francophonie, of which it has been a full member since 1993. Bulgaria still has true Francophonie and Francophilia”, says Pierre Colliot. “In my opinion, the Francophonie in Bulgaria comes from the heart. It seems to me that for Bulgarians feelings prevail over reason and for me this is a positive quality, and la Francophonie is a choice made from the heart and not dictated by rational or economic considerations”.

Plato, for example, spoke of love madness, but the director of the French Institute in Sofia also explains the meaning of the title of the French digital collection Micro-Folie (literally "micro-madness"), compiled by the La Villette Museum in Paris and exhibited at the Regional Historical Museum in Sofia until October 15. “Folie” in this context refers to the name of popular late 19th century pavilions or small buildings in the gardens of aristocrats and wealthy families of the French bourgeoisie - closed spaces where people gathered and talked about various topics. This is the idea of ​​the exhibition Micro-Folie - a closed world where the visitor encounters a whole new culture.

When it comes to the cultural differences, the peculiarities of Bulgaria and France, for Pierre Colliot everything is relative:

"As a diplomat, you have to immerse yourself in the culture of the country you live in. Comparisons are inevitable, but the main thing is to look at things in their own context. Of course, there are differences, but they are an integral part of Bulgarian culture and history. We should not compare mechanically, say that it is better or worse, but accept things as they are, understand them and adapt our