The Russian version of the Cyrillic alphabet, which is part of the computer and mobile phone system design, now has an alternative One of the many controversies surrounding the appearance of the Bulgarian alphabet is who really created it. Arriving in Great Moravia, at the request by its Prince Rostislav to Byzantine Emperor Michael III, the brothers Cyril and Methodius created an alphabet and church service in the Slavonic language. They had the task to then have it recognized by the Patriarchate of Constantinople and the Papacy. However, we owe the transformation of this Slavonic alphabet – the Glagolitic alphabet – into the Cyrillic alphabet we know and use today, to one of the five surviving disciples after the deaths of Cyril and Methodius – Kliment. After arriving in Bulgaria, Kliment was sent, along with the other disciples, to different corners of the kingdom with the mission of spreading the alphabet and the literature written in that alphabet. It was while he was doing that, that Kliment came to realize that people were finding it very hard to write some of the Glagolitic letters. So, he decided to compile an alphabet made up of new letters that are simpler to write. More than 1,100 years later, there are over 200 million people in 20 countries using this alphabet. But there is no other country, aside from Bulgaria, where its creation is celebrated, as it is in this country on 24 May. Exactly on 24 May – the official holiday actually had its name changed by a decision of the National Assembly – a design studio, working together with the website Uspelite, made a new typeface available, called Azbuki, adding to the variety of Cyrillic fonts. It is the work of graphic designer Anita Rupova. But what makes this dream come true so important to the people who created it?

“As designers we work with a lot of different kinds of typeface. Along with colours, they are part of the advertising identity of any company or organization. As we work with fonts, something we encounter every day is that there is no Bulgarian version of the Cyrillic alphabet among them, and we wanted to change that,” Zlatina Petrova, founder of the studio said for Radio Bulgaria.

“For us, any such effort at doing something good for Bulgaria is very exciting,” says Deislava Ivanova, editor at the website. “What we want to demonstrate is that you can be patriotic in lots of different ways, not just by singing the national anthem or climbing Shipka peak on the country’s national day. That is why we thought creating a Bulgarian Cyrillic font was a really fitting idea, an idea we can work on together.”

What are the differences between the Russian and the Bulgarian Cyrillic typeface? According to Zlatina, there aren’t that many differences, they may seem insignificant and yet:

“The letters are written out differently. To begin with, in their Bulgarian version we have very district handwritten versions of the letters “а”, “д”, “ж”,“з”, “ч”, “щ”. In the Russian version, the characters look much more like printed letters. The most vivid example I can give of the differences between the two kinds of typeface is that the texts we read online are mostly in Russian Cyrillic.” That is why, as we developed this typeface, it was one of our most important aims to help people see the differences between the Russian and the Bulgarian version of the Cyrillic alphabet, Zlatina Petrova adds. As to the question whether this new font could rekindle a desire to write by hand, well, the team behind it very much hopes so.

“Still, that is something that is entirely connected with the times we are living in. We are surrounded by technology and are writing by hand less and less often. That is why the kinds of typeface we use are our way of lending identity to what we write,” Zlatina says. 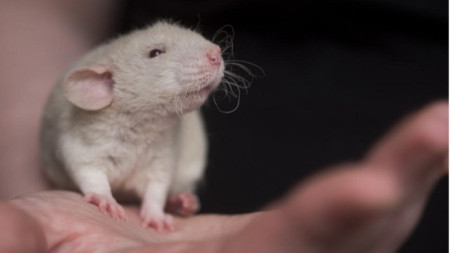 Dozens of celebrities from Bulgaria and 11 European countries have joined a new video calling on citizens to support the campaign to modernize science by ending laboratory experiments on animals. ‎ According to EC data from 2019, nearly 11..

The latest string of serious traffic accidents over the past few weeks induced the Interior Ministry to turn its efforts to road accident control and prevention. Свързани публикации в текста: 4 killed, 8 injured in another road..

With an official ceremony to inaugurate its renovated lighthouse, the town of Shabla is marking International Lighthouse and Lightship Weekend. The Shabla Lighthouse mysteries The Shabla lighthouse rises on the Easternmost point of..

The latest string of serious traffic accidents over the past few weeks induced the Interior Ministry to turn its efforts to road accident control and..

Dozens of celebrities from Bulgaria and 11 European countries have joined a new video calling on citizens to support the campaign to modernize science..

With an official ceremony to inaugurate its renovated lighthouse, the town of Shabla is marking International Lighthouse and Lightship Weekend...