The first Bulgarian satellite has been orbiting the Earth for nearly 41 years. Intercosmos Bulgaria-1300 was once the latest model of space technology, experts say. They note that all spacecraft are created in triplicate. The prototype of the Bulgarian satellite is currently being reconstructed in Stara Zagora, with some of its elements replaced with transparent panels so that visitors can see its structure.

Once restored, the model will be on display for viewing. At the centre of the whole installation will be an image of part of planet Earth that will glow in real colours, conservationists say.

The first Bulgarian man-made satellite was launched into orbit on August 7, 1981. The occasion was the 1300th anniversary of the establishment of the Bulgarian state.

The Intercosmos spacecraft explored the interaction between the Sun and the Earth for two years, after which the data transmission stopped. In the spring of 2016, however, it became clear that the satellite was active. And it is expected to keep flying for another 520 years.

Bulgaria is the sixth country in the world to send an astronaut into outer space and the third to create space food. 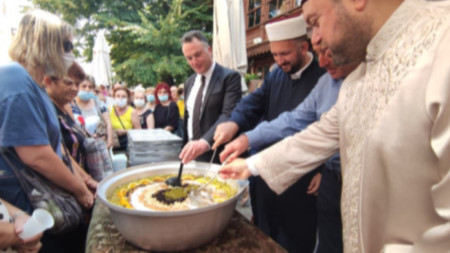