Closing the Russian embassy in Sofia would be a mistake on Moscow's part and there is no real reason for it, Marin Raykov, former caretaker prime minister and foreign minister of Bulgaria, told BNR.

He believes that if the tensions continue to escalate, this could affect bilateral relations. The escalation will certainly not come from Bulgaria's side, Raikov believes. Marin Raykov, who is currently Bulgaria's ambassador to the UK, dismissed suggestions that there are "attempts by London and Washington to reduce the presence in Russian diplomatic missions in Europe".

The diplomat praised the mediating role of the French presidency in the conflict between Bulgaria and North Macedonia over Skopje's EU membership, which has not been done at such a level by previous EU presidencies, in his words. 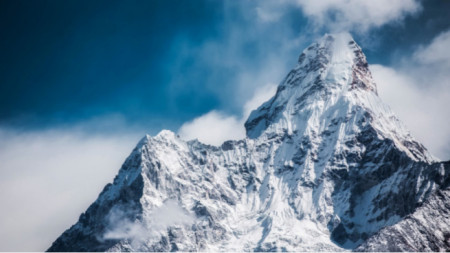 O n October 14 , six Bulgarian mountaineers, led Zheko Vutev, set off for the Himalayas. Their goal is to climb the beautiful peak Ama Dablam in Nepal, which rises   6,812 meters above sea level, the BNR-Stara Zagora reported. The expedition had.. On Wednesday, the minimum temperatures in Bulgaria will be from 5 to 10 °C, in Sofia - about 6 °C. During the day the weather will be sunny with scattered high clouds and a moderate northerly wind.  Daytime highs tomorrow will reach between..

The winners of the Mayor of the Year contest were announced today at a ceremony in Sofia, where Vice President Iliana Iotova was the guest of honour .  The major award went to the mayor of Maglizh Dusho Gavazov for the small municipality category, the..