What is life like for Bulgarian compatriots on the doorstep of the fatherland? The Bulgarian Cultural and Information Center in Bosilegrad works as an NGO
Photo: Ivo Ivanov

Bulgaria has opened 11 state cultural institutes abroad /Berlin, Bratislava, Budapest, Warsaw, Vienna, London, Moscow, Paris, Rome, Skopje and Prague/, which are guided methodologically and supported financially by the Ministry of Culture and their activities are carried out in compliance with bilateral intergovernmental agreements. This is not the case with the Bulgarian cultural and information centers in the towns of of Bosilegrad and Tsaribrod in Serbia. According to local legislation, they operate as non-governmental organisations. The chairman of the center in Bosilegrad, Ivan Nikolov, compares their activity to that of the community centers from the Bulgarian Revival. According to him, their work is hampered by very slow Europeanisation of Serbia, which also slows down the opening of the borders and the development of the region. There is also no dialogue between the two neighboring countries about the Bulgarian community in the area of the so-called Western Outlands. As a result of migration, the population in Bosilegrad has decreased from 30,000 to about 6,000 people for a century.

"We created the cultural and information center here and with its work we try to preserve the Bulgarian spirit, the Bulgarian language above all, as well as to encourage people to see a new style and way of behavior and we are pleased that the young people are increasingly aware of it and show interest, Ivan Nikolov, chairman of the Cultural and Information Center says.

Mr. Nikolov told Radio Bulgaria that they have some minimal support from the Bulgarian state, but they work with many Bulgarian institutions, such as the Sofia Municipality, community centers, museums, galleries and media. He expresses regret that there hasn’t been a single completed project under the cross-border cooperation program.

"Yes, this is a serious problem. Our administrative and personnel capacity, from the point of view of the specialists needed, is really limited,” Nikolov pointed out. “What you see here are one or two offices with two computers in each of them. But this is not enough to start an investment project. Not to mention that investment projects must also have the support of the local authorities. There is still suspicion about every single euro that comes from Bulgaria or from Europe." The Bulgarians in Bosilegrad, unlike their compatriots in Tsaribrod, are far from a main road. They cannot go to work in Sofia every day and return in the evening. The Bulgarian regional town of Kyustendil, which is close to Bosilegrad, cannot offer many jobs and there is not even a regular bus line. As an alternative to the so-called daily migration, the people of Bosilegrad want to develop an ethnographic tourist complex that includes a school dating back to 1832 and the church in the village of Izvor, which dates back to 1833.

"It is a very interesting church. There is only one more church in Bulgaria with similar architecture - in Bansko. If an ethnographic center is created in this area, this could significantly increase the tourist flow. When people move, prerequisites for economic development emerge,” Ivan Nikolov says. “Unfortunately, Bosilegrad is in the grip of international mining companies, which pollute the environment terribly and the region becomes impoverished.

Nearly all graduates of the Bosilegrad High School continue their education in Bulgarian universities - the head of the Cultural and Information Center in Bosilegrad also points out. Most students later find work in Bulgaria. This changes the demographic situation even more. But, according to Nikolov, at the beginning of the 21st century people cannot be left to live in misery and that's why he is pleased that young people find professional realization in Bulgaria. He also says that the lack of Bulgarian translation for the mandatory Serbian textbooks is a big problem hampering teaching of the mother tongue. However, he is optimistic about Bulgarian self-awareness in the region: Residents of Sofia, Plovdiv, Burgas, Varna and Veliko Tarnovo will once again have the opportunity to participate in observing and photographing birds in the wild. The occasion is the European Birdwatch days, which take place in Bulgaria   on October 1.. 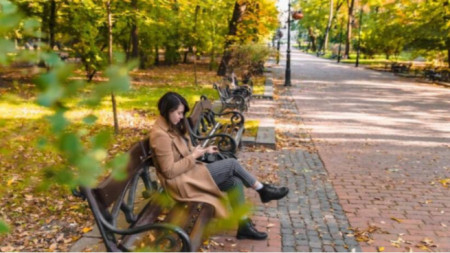 Today is election silence day in Bulgaria before the snap parliamentary election in the country on 2 October. The election campaign of the candidates seeking public support for entering the 48 th National Assembly of the country ends at 12 PM on 30..