Grigor Dimitrov lost in the first round of the Masters 1000 series tournament in Cincinnati, USA to Canadian left-handed player Denis Shapovalov after 7-6(4), 6-3 for less than an hour and a half. That is how the champion of 2017 ended his participation in the tournament.

Shapovalov ended the negative series of three consecutive losses and nine defeats in his last ten matches in tennis tournaments. 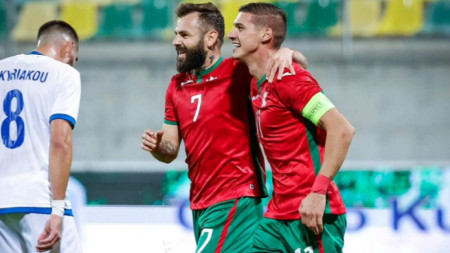 Bulgaria's national football team wins in away match versus Cyprus

The Bulgarian national football team defeated Cyprus 2:0 in a control match played in Larnaca last night . Coach Mladen Krastaich's footballers dominated most of the match.  In the middle of the first part, Kiril Despodov scored the first goal in the..

Bulgarian tennis player Isabella Shinikova qualified for the doubles semi-finals of the indoor tennis tournament in the French city of Saint-Étienne, with a prize fund of 25,000 dollars. Placed at number 3, Shinikova and Audrey Albie, won 6:2, 6:1..

Adrian Andreev qualifies for second round of HPP Open Helsinki