Gas crisis is overexposed, the future of the coal regions is the real problem: energy expert Energy expert Ivan Hinovski
Photo: BGNES
To a large extent, the gas crisis has been overexposed, including politically. There is a crisis when there are no bids and when there is no gas on the Turkish Stream pipeline, and the region is full of natural gas. The point is that the contracts should provide blue fuel at a low price for the end user, which is what the government is working towards.
There remains the danger of paying for the amounts of blue fuel under the "take or pay" clause with Gazprom, energy expert Ivan Hinovski, chairman of the Bulgarian Energy and Mining Forum, told Nova News.
According to him, the topic of the Territorial Plans for the coal regions is more important, on which Bulgaria is not doing anything for now.
The government must react in this direction before the EC by August 23 - the deadline for Bulgaria to give its opinion, Hinovski said. If this is not done, it will lead to the closure of the thermal power plants.
Listen to the daily news from Bulgaria presented in "Bulgaria Today" podcast, available in Spotify.
Radio Bulgaria News    Bulgarian Energy and Mining Forum gas crisis Gazprom Ivan Hinovski natural crisis 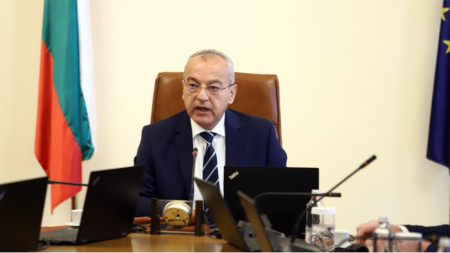 Bulgaria's population has declined by 11.5% in the past decade