The first Bulgarian research expedition took place 35 years ago when in the austral summer season of 1987-1988 six Bulgarian scientists participated in projects with the British Antarctic Survey and the Soviet Institute for Antarctic and Arctic Research. The Bulgarian program was aimed at gathering valuable experience both in carrying out scientific research and the organization of the logistics in Antarctica. During this Antarctic season a refuge was established on Livingston Island (South Shetland Islands) on a spot located on the north-east side of the South Bay. Today, Bulgaria is the only country on the Balkan Peninsula that has a base in Antarctica, where people go to work every year. As technology advances, the South Bay of the Ice Continent, and Livingston Island in particular, is becoming increasingly populated. 7 or 8 research centers of other countries are located in the vicinity of the Bulgarian polar base, including Spain, Russia, Uruguay, Argentina and China.

“The first Bulgarian research expedition arrived in Antarctica in the spring of 1988, laying the beginning of Bulgarian scientific research on the ice continent. These are the most extreme conditions on the planet humans can find themselves in”, says Professor Hristo Pimpirev, geologist, long-time leader of Bulgaria’s polar expeditions and head of the Bulgarian Antarctic Institute.

Temperatures on the South Pole are like on another planet and are similar to those on Mars. The lowest temperature registered is 89 degrees C below zero, but during polar summer temperatures range between 15 and 38 degrees below zero. According to Hristo Pimpirev, this expedition is a milestone in Bulgarian maritime history, as no Bulgarian maritime research ship has ever left the Black Sea until now. “This will prove that we are a maritime nation and can do science in the World Ocean”, Professor Pimpirev said for the BNR-Varna.

“We become a maritime nation with this historic voyage. I am happy that the Spanish polar researchers, whose base is located in close proximity to our polar base, have helped us. They arrived in Bulgaria and said that our research ship is extremely well-prepared. Our caretaker and regular governments realized that this is important for Bulgarian science and foreign policy. Thus, we become part of the EU scientific fleet. I myself will take part in a number of scientific projects that will take place onboard our military research ship in the near future”, said Professor Pimpirev. Funds have been secured for the purchase of special equipment. A public procurement procedure is currently underway and the research ship is being reequipped. If everything goes according to plan, the “St. St. Cyril and Methodius” ship will depart from the port of Varna with 21 servicemen, including a military doctor.

"We are working for Bulgaria to have an influence on the Ice Continent after 2-3 generations", explained the captain of the ship Nikolay Danailov to the BNR. And Fleet Admiral Prof. Dr. Boyan Mednikarov gave some clarifications regarding the work on the preparation of the vessel:

"It's about an additional ship generator to help save fuel and energy, as well as an additional water freshening system, because last time this ship was supposed to be operating in Black Sea conditions, close to its home base and it's not it was a problem for it to get fresh water. Now, thanks to the "Bulgarian Navy" Shipping Company, we were able to acquire such a water refreshing system. It will also be fitted with radio-navigation equipment. There are also tasks related to the preparation of the crew, after which there will be 3 -4 voyages, which already demonstrate the readiness of the ship to perform tasks in the open sea. These checks will be done here in the Black Sea. A practice is also planned for cadets from the school in Varna, who will sail from our port to Cartagena, in Spain, to improve their skills in real conditions." 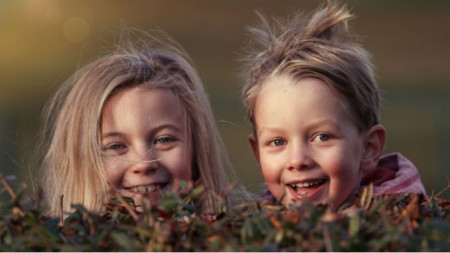 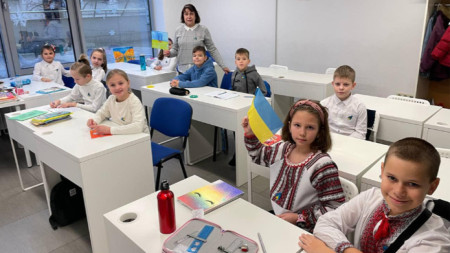 Chosing the name of a newborn is important not only to the little person and her/his parents, but also to society, as naming traditions are part of..

After a two-year break, the traditional Trifon Zarezan wine festival is organized again in the village of Delchevo.   On Saturday 4 February, dozens of..