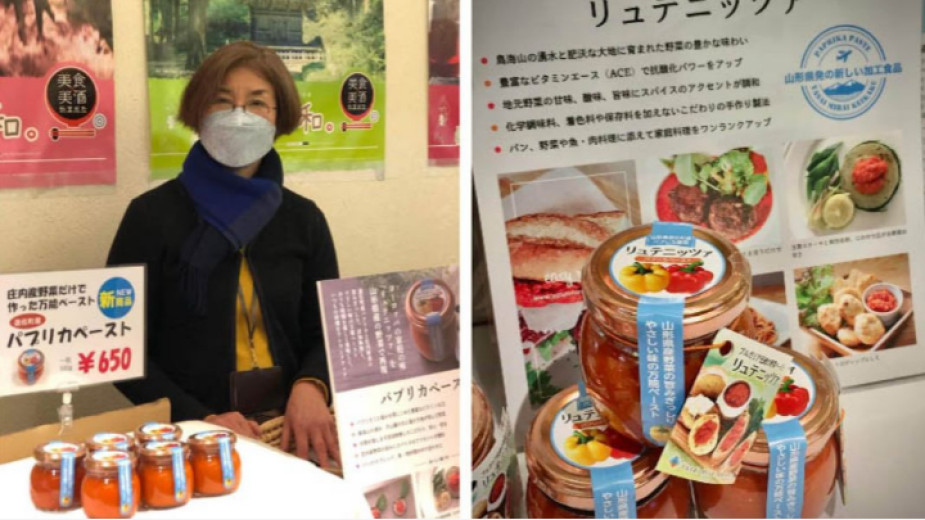 Lyutenitsa (a vegetable relish or chutney) based on an original Bulgarian recipe, but Made in Japan has made its way onto the market in the Land of the Rising Sun, and its producer, Makiko Miura, is already making plans to expand production. ‎

Makiko lives in Yamagata Prefecture - one of the largest producers of paprika and tomatoes in Japan. That's why all the ingredients in her lyutenitsa are organically grown, without harmful fertilizers, pesticides, etc. "The main ingredients in my recipe are peppers, onions, tomatoes and carrots," Makiko proudly declares. However, the path of this traditional Bulgarian product to the Japanese table is long and …thorny. It started 10 years ago when Makiko left for Europe. At the time, she was working in a pharmaceutical company. While travelling and shopping in supermarkets in Spain, France and Germany, she discovered the Bulgarian lyutenitsa and it left her fascinated.

"About 5 years ago, I returned to Japan and started thinking about how to offer lyutenitsa here. In Yamagata Prefecture, the pepper is a special local product, it is very similar to the European one - large, juicy, aromatic. It is true that there is another lyutenitsa offered on our market but it is too far from the authentic Bulgarian taste, and I wanted to create a real lyutenitsa. After digging around on the internet for a long time, I started experimenting by messing up the proportions of the vegetables," says Makiko.

The enterprising Japanese prepares three options and asks for the opinion of a chef in a restaurant in Tokyo who had lived and worked in Bulgaria. After that, he consulted with the former Bulgarian gymnast Antoaneta Vitale, who at that time was living in Yamagata Prefecture and popularized Bulgarian sports and cuisine in the local media. "Antoaneta found that my lyutenica was too watery and not oily enough. That's why she recommended me to increase the amount of olive oil in it”, Makiko remembers. Thus, after a series of consultations and a "trial- error" period, Bulgaria’s original product entered the Japanese market. But a question arises - how to get the Japanese to consume this "Bulgarian vegetable puree". ‎

It turns out that Bulgarian and Japanese food cultures are fundamentally at odds. We, Bulgarians, like to spread lyutenitsa on top of a bread slice or combine it with meatballs, kebabs or beans. This is not the case in Japan, though. "In your country you consume a lot of meat, but we Japanese prefer fish. And not only" - explains Makiko and adds: ‎

‎"In the beginning, it was very difficult to adapt lyutenitsa to the Japanese taste, because people here do not know how to consume such a product. It's just that the Japanese prefer to eat rice rather than bread. That's why I was wondering how to adapt their eating habits to the Bulgarian ones. Then I thought "Why not offer lyutenitsa as an addition to Japanese dishes?". So I mixed lyutenitsa with rice and created a recipe for paella. Especially the children like this recipe very much - because the lyutenitsa has a beautiful bright orange colour. I also offer it as a milk sauce - I mix it with yogurt and recommend the sauce in combination with steamed chicken," says Makiko.‎

Makiko's stuffed peppers with her "rice lyutenitsa" also appeal to the Japanese taste. Her lyutenitsa is sold in 100 and 130 gram sizes, and there is also a QR code attached to the jar with recommendations on how to consume it. Bulgaria is definitely NOT a terra incognita for the Japanese. In the Land of the Rising Sun, we are known mostly for the Bulgarian yogurt, roses and the accomplishments of Bulgarian rhythmic gymnasts, we learn from Makiko. Therefore, her lyutenitsa awakens mass curiosity and approval, even managed to attract the attention of the national media, which wrote in detail about the healthy properties of the Bulgarian product made in Japan. Makiko recently opened a new production workshop to meet the high demand, and next year is preparing for a large-scale marketing campaign of  this Bulgarian culinary wonder in the capital city of Tokyo. ‎ 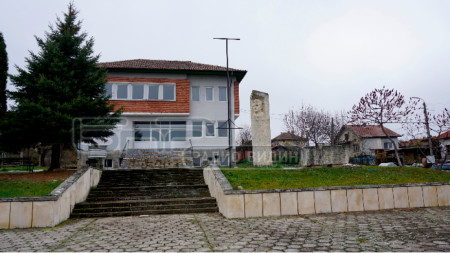 In Blagovo village, 6 kms from the regional town of Montana in Northwestern Bulgaria, you will hear people talking about all sorts of things – that there is no pedestrian crossing and street lighting, that they have to go to town to see a doctor, or..

As Russia launched its invasion of Ukraine on 24 February last year, millions of Ukrainians sought refuge in different countries of the EU and around..

In Blagovo village, 6 kms from the regional town of Montana in Northwestern Bulgaria, you will hear people talking about all sorts of things – that..