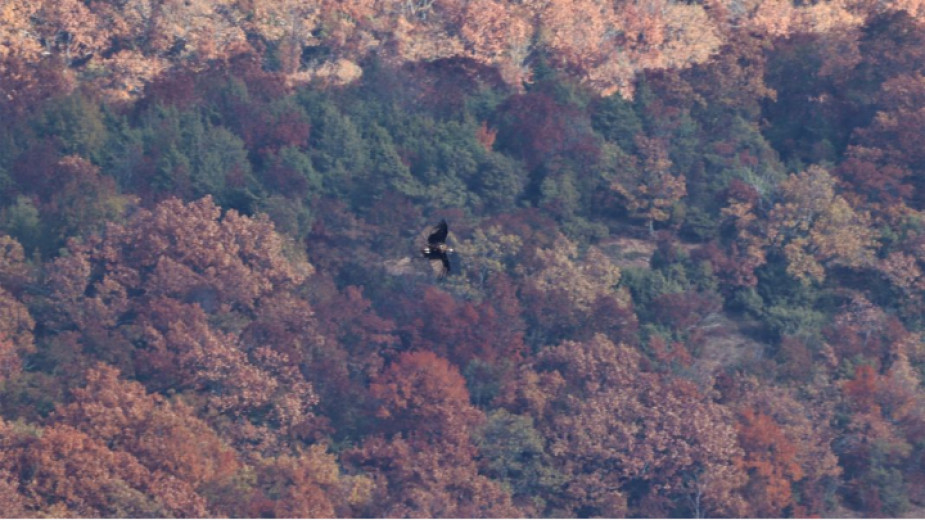 Cinereous or black vultures, brought in from Spain, are now flying the skies of Bulgaria in their natural habitat. A few days ago, 14 of these biggest and heaviest birds of prey in Europe were released into the wild after a period of adaptation. The idea is to reintroduce these beautiful birds as a nesting species in the Eastern Rhodopes. The project involves experts from the Bulgarian Society for the Protection of Birds (BSPB), the Spanish NGO GREFA (Grupo de Rehabilitación de la Fauna Autóctona) and the Rewilding Rhodopes Foundation.

The adaptation of the black vultures lasted close to six months in an aviary built between the towns of Madzharovo and Ivailovgrad in the Rhodopes. Yet the transition to a free life is by no means easy, it has to be done gradually and without stress for the birds.

“The moment we opened the doors of the aviary and we saw the first birds stepping out into the wild was really emotional for us,” Volen Arkurmarev from the BSPB said for BNR-Kurdzhali. Volen likes to call the vultures “young people”.

“Just as with humans, the “young people” have different characters, and these differences in their behavior were evident when we set them free. Some started getting accustomed to the wild very quickly, spending the night up in the trees to be safe, and flying around the grounds. Others appeared more attached to the place where they were set free, staying right next to the aviary. One of the birds even went back into the cage several times to spend the night in a place it was used to. But most birds have so far adapted perfectly. And a little after their release they had their first encounter with wild black vultures which had flown in from the Dadia national park in Greece where they nest. They came to see the newly released vultures and gave them some flying lessons, which our “young people” were quick to embrace,” Volen Arkurmarev said.

Take a look at the “young people” being released into the wild in a Bulgarian Society for the Protection of Birds video:

On the second day of their release, the cinereous vultures encountered Eurasian griffon vultures. “It was interesting to see that the first Eurasian griffon vulture that approached them was chased off immediately – they have a sense of territory already,” Volen Arkurmarev said. The black vultures seem to be very good at finding their bearings in the bird hierarchy very quickly and are leading a full social life:

“They have a very interesting relationship with ravens which tend to approach and bully them a little, pulling at their tail-feathers, checking out just how much they are willing to take. But black vultures are coping really well in the wild, and we have had no problems or worries.”

Some of the black vultures released were hatched at breeding centres in Spain, others were found during the first year of their lives injured and emaciated and had to spend time at a rehabilitation centre, Volen Arkurmarev goes on to say. And one more intriguing element from the lives of the newly released birds:

“Though they are very young – one or two years old – some started forming attachments early, during their period of adaptation. We have two potential pairs – males and females that are keeping close to each other and offering one another little gifts. These are the first indications that pairs are being formed but it is still too early to say because black vultures usually start forming pairs around their fourth year. Another really positive thing is that they quickly learnt not to spend the night on the ground but up in the trees where it is safer from the predators roaming around,” Volen Arkurmarev explains.

Compiled and edited by Veneta Nikolova 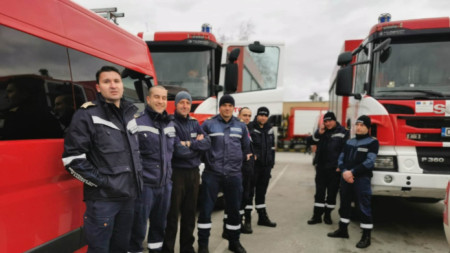 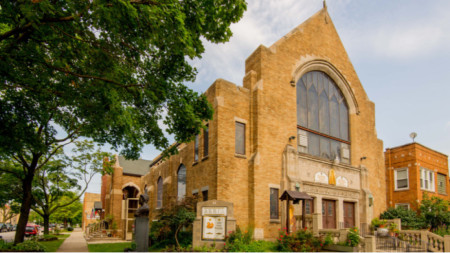 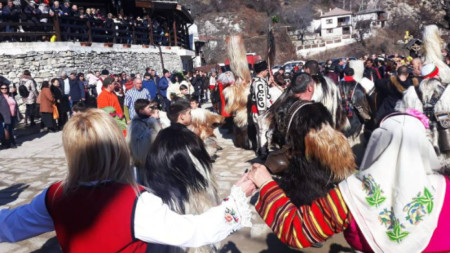