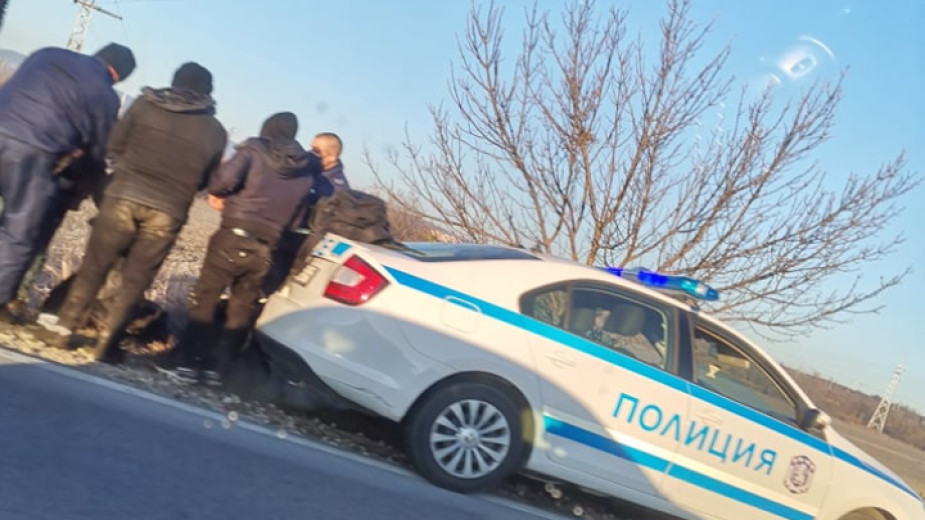 The Bulgarian Gendarmerie detained 14 illegal migrants from Syria, Libya and Tunisia in a private ambulance near the village of Draka, Burgas Municipality. The ambulance driver, a thirty-one-year-old man from Sofia, was dressed as a paramedic, said Burgas police director Senior Commissioner Kaloyan Kaloyanov.

In his words, this was the ambulance’s first time transporting illegal migrants. The vehicle picked up the migrants in an area near the town of Malko Tarnovo, Southeastern Bulgaria. The specialised vehicle, which has full medical equipment, was bought from a car dealership in Sofia by a company registered in the name of the ambulance driver.

The driver has already been charged with migrant smuggling. A second charge is to be bright against him- for drug driving.

Over the next 24 hours, cold air from the north-northeast with moderate to strong winds will blow into eastern Bulgaria . It will be mostly cloudy. Rain will change to snow across the country. Significant snow showers will fall overnight in northern..

VP Iotova: The Republic of North Macedonia itself is blocking its EU membership

The Republic of North Macedonia itself is blocking its EU membership, Vice President Iliana Iotova told journalists in the village of Ilindentsi (Southwestern Bulgaria), where she is attending the Gods of Wine Festival. “Bulgaria is adamant, - Ms...