Dimitar Stoyanov: Military aid to Ukraine does not include S-300 missile systems and fighter aircraft "The military aid to Ukraine is fully consistent with Bulgaria’s priorities", caretaker Minister of Defence Dimitar Stoyanov said in an interview with Nova TV. Bulgaria will neither send S-300 missile systems, nor MiG-29 fighter aircraft, nor Su-25 aircraft, said Minister Stoyanov. In his words, Bulgaria adopted a conservative approach in drawing up the munitions list, with a view to ensuring the capabilities of the Bulgarian army. Dimitar Stoyanov also pointed out that Bulgaria is fulfilling its obligations to protect Bulgaria's airspace with MiG-29 aircraft, as well as with S-300 missile systems.

"The arguments of Austria and the Netherlands have nothing to do with the indicators used to determine Bulgaria's readiness to join the Schengen area", Dimitar Stoyanov said with regard to the decision of the two countries to block Bulgaria's accession to Schengen. He was adamant that Bulgaria must firmly protect its interest and pointed out that the country’s diplomacy is working very hard on the issue. 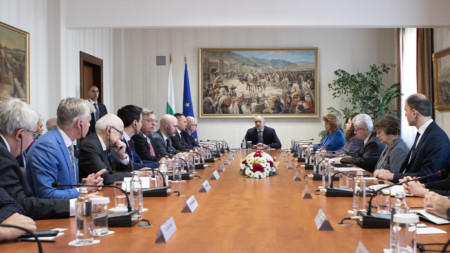 Protecting the EU's external borders is a common commitment and should be a priority for all European countries , said President Rumen Radev, who today spoke with members of the European Conservatives and Reformists (ECR) group in the European.. 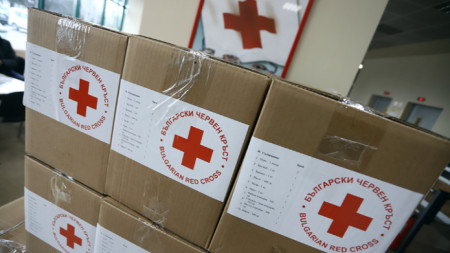 More than 300,000 euros have been collected so far on the national account of the Bulgarian Red Cross, together with the text messages sent to phone number 1466, for the people affected by the devastating earthquake in Turkey and Syria... The prosecutor's office in Ohrid has brought charges against the attacker of 21-year-old Hristiyan Pendikov, secretary of the local Bulgarian association, who was beaten on January 19 , BGNES reported. The indictment says the attack was motivated by..