24 May, the brightest Bulgarian holiday

24 May, the brightest Bulgarian holiday 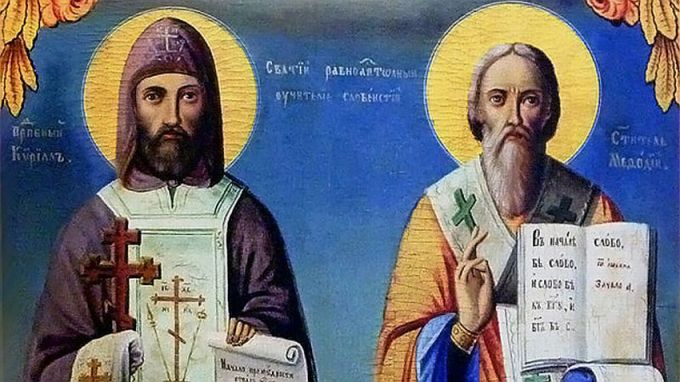 Photo: archive
On 24 May Bulgaria celebrates the Day of the Slavic Script and of the Bulgarian Education and Culture. The Holiday of Letters – this is how we have been thinking of this day since childhood. This is the day to pay homage to the creators of the Slavic alphabet, the holy brothers Cyril and Methodius, patrons of Europe. And if we assume that language is light, it is true that the two brothers have endowed us with the light of knowledge and with the chance of having our own literature way back in 9 c. No wonder then that they have been highly regarded and loved by Bulgarians for centuries, and the gratitude of the nation has been worded in the wonderful hymn for the holy brothers sung everywhere on 24 May - March ahead, o revived people. In academic circles, the scholarly interest in the lives and work of Sts. Cyril and Methodius is still very much alive. More – from the university lecturer in Old Church Slavonic and History of the Bulgarian Language at Sofia University, Prof. Iskra Hristova-Shomova:

“Early in school we are told that Cyril and Methodius created the Slavic alphabet, translated the first and most important liturgical books and introduced church service in Slavonic with the western Slavs in Great Moravia (today the Czech Republic). Some may contest the importance of the original alphabet that the holy brothers invented – the glagolitic script, because later in history it was replaced with the Cyrillic alphabet widely in use to the present day. It is still unclear why, how and exactly when the replacement took place. In fact the Cyrillic alphabet is based on the Greek script adapted to the needs of the Slavic speech plus 10 original letters. These letters stand for specific Slavonic sounds absent in Greek speech. What is particularly important,” Prof. Hristova-Shomova explains, “is that the present-day alphabet has been made taking the Glagolitic script as a model. The glagolitic script was a perfect system of letters corresponding ideally to the Slavic speech. The work of the holy brothers Cyril and Methodius was however not limited to the invention of the letters. They laid the foundations of the Slavonic literary language. Back at that time Europe had two major written languages that boasted long centuries of literary tradition – Greek and Latin. Cyril and Methodius created a third literary language – Old Bulgarian. Though some scholars prefer to call it Old Slavonic, for us it is Old Bulgarian for two reasons. In the first place, it is Old Bulgarian given its phonetic makeup, reflecting the dialect of the Bulgarian Slavs. Secondly, all surviving written records in this language have Bulgarian origin.”

After creating the new literary language, the holy brothers proceeded with the translation of liturgical books. Prof. Iskra Hristova-Shomova says that Cyril and Methodius not only designed a literary language with its own norms, but further enriched it with a compact body of accurate Christian terminology. Their disciples that Bulgarian Tsar Boris I welcomed to this country, established two literary schools in Preslav, Northeastern Bulgaria and in Ohrid, today in the Republic of Macedonia. This was the start of a prosperous literary tradition that transcended the borders of Bulgaria reaching out to exert its powerful influences in Russia, Serbia, Romania and other lands. Deeds of the apostles, Vlach-Moldavian transcript from end of 15th century, Zograf Monastery library and Gospel of John in Cyrillic from 15th century, discovered near the village of Baskovce, Slovakia.

Prof. Hristova-Shomova says more: “For us this is the holiest holiday, because the holy brothers opened up spiritual horizons for us and paved the road for our spiritual and literary development. It is universal truth that even the greatest nations and empires risk being buried in oblivion if they lack a script. The Thracians for example, had powerful kingdoms and sophisticated culture, but they had no script, and all that we learn about them comes from written records left over by other cultures. We do have a good reason to celebrate the holy brothers Cyril and Methodius, because though Bulgaria was at times great and powerful or weak and at times oppressed, and its sovereigns either gained or lost territories, no one will ever take away from us the precious territory that the two brothers conquered.”

Cyril and Methodius Studies is a sphere attracting a lot of interest. There is now easier access to old manuscripts, and scholars have become increasingly productive.

“Currently, the Bulgarian Slavic medieval scholars are among the best in the world,” Prof. Iskra Hristova-Shomova says. “Bulgaria is a leading country in this area, and during major conferences the working language is Bulgarian. In the last decades Bulgarian researchers have made important discoveries. Fortunately, there are also a few young people keen on Cyril and Methodius studies. Some of them have already become known in international Slavic research circles.”

140 years ago - only two years after Bulgaria’s liberation from the Ottoman Yoke, the Principality of Bulgaria adopted its own currency. And in order to invest it with a strong and independent future, the parliamentarians gave it the name "lev", as was.. 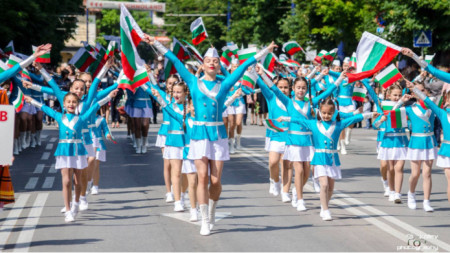 About the queens of cheerleading in Bulgaria

The dance routines of the Bulgarian cheerleaders, which reached the world stages, do not represent the usual entertaining dances of this type. They are full of risky movements and choreographic elements borrowed from rhythmic gymnastics,..

Stoyo Krushkin was born on 25 December, 1882, in Bistritsa village not far from Sofia. He was sent to Sofia at an early age. And that was the start of his passion for military bands as he watched them march in the streets of the city. He..

140 years ago - only two years after Bulgaria’s liberation from the Ottoman Yoke, the Principality of Bulgaria adopted its own currency. And in order to..