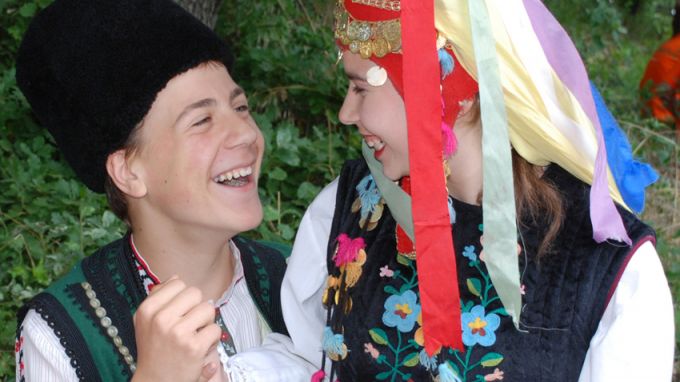 Despite being a central topic in a number of legends, tales and moral rules, love does not have a specific place in the Bulgarian folk calendar. In this edition of Folk Studio we have selected a number of interesting stories and folk songs dedicated to love and traditions beliefs and restrictions.

February is the month when special rituals should provide good harvest in the autumn. Rituals also protect from pests and diseases. During February people mark the so called moving holidays, as their date is defined by the beginning of the Easter Lent. One of the most loved holidays is that of Trifon Zarezan when wine drinking turns into something of an obligation. In the folk calendar the February 1-3 are the days dedicated to St. Trifon the Pruner. The day is sometimes also marked on February 14 according to the old Julian calendar. Traditionally vines are pruned for the first time during the feast and vine growers say the best time for this is February 14. This is also St. Valentine’s Day, according to Catholics and in modern times celebrating love has become part of the month of wine.

In the past parents chose whom their children would marry. Origin, family, and personal qualities were very important. In some regions of the country a festive horo dance took place on the Feast Day of St. Petka. Young unmarried women danced and their future mothers-in-law could see them and make the right choice. Today all this may sound unreal but in the past young people had to obey. There are a great number of sad songs about unfulfilled love. The lyrics show the clash between human nature and the rules of the patriarchal society.

There is a legend telling the story of a beautiful girl who fell in love with two boys. She decided to make a choice by organizing a competition. She took them to the mountain and climbed a peak. The young men started running towards her from two neighboring peaks. However, both arrived at the same time and they did not know what to do. The story ended in a tragic way and the three peaks in Sredna Gora bear names that remind of the legend. Traditional Bulgarian folk songs about love triangles can also be humorous, though.

There are a number of Bulgarian folk songs that jokingly tell about the hardships of lads who fell in love with two girls. A common advice for the boy is to make sure the two women did not live in the same neighborhood, otherwise nothing good would happen.

Sometimes magic was used in love affairs. According to old beliefs, there are herbs for everything. Geum for example helps people fall in love, valerian makes them separate. Of course, just like today, gifts also help the fire of love burn. 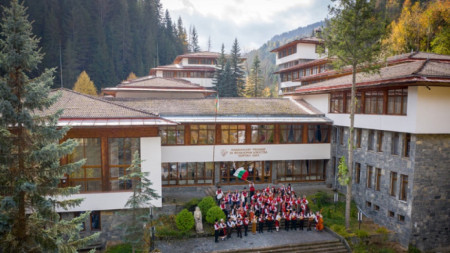 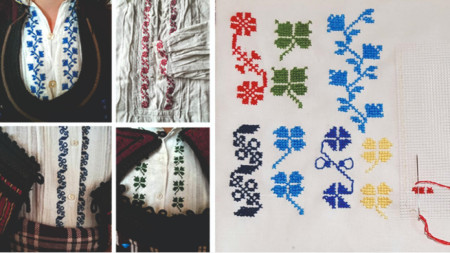