In the beginning was the egg: the tradition of decorated Easter eggs in Bulgaria 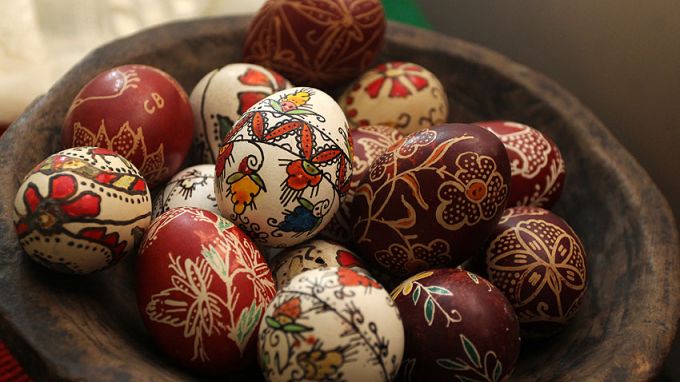 A record for decorating the greatest number of eggs simultaneously was set in Sofia last year. It took hundreds of participants three minutes to paint 2,500 eggs.
Photo: BGNES

The knack of transforming every tradition is a hallmark in Bulgaria that has given rise to a number of Easter rituals. In our lands, religious feasts have never fully replaced the colourful pagan rituals for welcoming spring. Some of them have come down to us in all of their authenticity, but most have been “Christianized” without altering their meaning. The biggest feast in Christian Orthodoxy, Easter invariably brings with it the tradition of painted eggs. As in so many other things, here too the imagination of Bulgarian women does wonders.

In the mythology of many nations eggs are the symbol of eternal life. From the golden egg, symbol of the Sun, the world was born. A symbol of immortality, its shell conceals the magic power of healing, of warding off illness and acts of God. Unlike many other countries, where the eggs at Easter are mostly made of chocolate or are souvenirs, in this country it is customary to give each other decorated hard-boiled eggs.

“Bulgarians believe the egg must be “full” so it may bring “a full home, full barns, many offspring in the family,” says ethnologist Dr. Svetlana Rakshieva. For years she has conducted studies involving the identity of the ethnic community. But she dedicates every spare minute to a unique Bulgarian tradition – decorating eggs. She has studied, mastered and portrayed every technique in existence. For more than ten years she has passed her experience on to children, teachers, to all people who want to take up the challenge of drawing on the surface of the egg. “It all revolves around the wax-application technique that uses a wooden stylus with a small funnel at its tip – the nib - made of a thin rolled silver coin. Inside the nib a tiny piece of beeswax was placed, it was then exposed to the flame of a candle and the stylus was used for drawing. Afterwards the egg was dipped in the dye, the wax was removed and the ornamentation stood out in all of its magnificence. There is another kind of ornamented eggs, white eggs. They too are decorated using wax, but the wax is tinted black. Once, our grandmothers used tar or soot, now we use oil paint. The ornamentation made using this technique plays much the same role as black borders in embroidery. Then the spaces in-between are tinted. This technique is typical of Bulgaria: it is applied in Ihtiman and the towns and villages in its vicinity. It does exist in the Czech Republic and in Hungary though it is not widely used there. Two varieties of this technique are practiced in the region of Ihtiman, whereas in Velingrad only the wax-application technique is used. There the coloration is somewhat different; in the past there were many women in this region with a great mastery of genuine wax batik on eggs. But until about ten years ago, women in Velingrad region had no inkling of white eggs, even though Ihtiman and Velingrad are on two sides of one and the same mountain. In Botevgrad and its surroundings acid solution is used for the decoration. There are parts of the country where the tradition of decorating eggs is irrevocably lost. In 1938 prominent Bulgarian ethnographer Hristo Vakarelski organized an international exhibition of decorated eggs in Samokov. Nowadays, people in the town don’t even know what the stylus left them by their grandmother is used for.”

The etched Easter eggs, decorated behind the walls of Zograph Monastery on Mount Athos and Rila Monastery have also been lost in time. The monks there once engraved biblical scenes on them, connected with the Resurrection of Christ. They used to make hundreds to give to the congregation at Easter.

“What sets Bulgarian ornamented eggs apart is that they are more subdued colour-wise; in Western Europe there is a much greater abundance of colour,” Dr. Svetlana Rakshieva goes on to say. “As you travel across Europe from the Northwest to the Northeast, eggs become more and more graphic and the styluses - thinner and thinner. The triquetra or three-foil swastika is one of the most common motifs in Bulgaria, a symbol of the Sun. Another widespread design is the stairway of life – a spiral winding up to the top of the egg. Other motifs include the butterfly, symbolizing the soul and resurrection, the vine – a religious, but also a folklore symbol. In this country eggs continue to be a ritual gift; the ornamentation is not taken from woodcarving, ceramics or embroidery as is the case with other nations. In this country the motifs are taken from Easter and follow the oval shape of the egg.”

Another significant fact is that, unlike the countries of Western Europe, decorated eggs have not become an industry. And one more thing: the motifs never feature love scenes as in other European countries. Every year at Easter the gifted women from the regions of Velingrad and Ihtiman decorate eggs with the same ornaments they remember from their own childhood. And to this day the decorated egg is one of the most beautiful ways to convey a message of health, happiness and love. 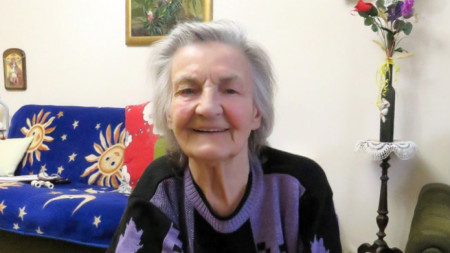