1200 years have passed since the death /April 13th, 814/ of Khan Krum – a great Bulgarian ruler with outstanding contribution to the development of the Bulgarian state and for its international recognition. The exact dates of his birth and his ascension to the throne are not known. His reign started in 802 or 803. According to some records, his family were descendants of Bulgarians who initially settled in Pannonia. Krum gave the beginning of a new royal dynasty to which other great Bulgarian rulers like Boris I and Simeon belong.

At the beginning of his reign, Krum’s army fought against the Avars, who were weakened in their wars against the empire of the Franks. Krum conquered Transylvania and lands of present-day Hungary, while some of the Avar leaders became his allies. In 807, the Byzantine Emperor Nicephorus I Genikos marched north against Bulgaria. His army did not reach far, as he was worried by news of a planned coup d’etat in Constantinople. But his advance gave Krum a reason to start a war with Byzantium in order to conquer what are today the southwestern regions of Bulgaria. In 809 Krum conquered Serdica – today’s Sofia. Two years later, however, Nicephorus I Genikos started a decisive counterattack and with a huge army managed to cross the Balkan Mountains. Krum was forced to cede the capital city of Pliska to the Byzantines. Pliska became a subject to devastation, while peaceful citizens were killed.

Meanwhile, Krum armed the Bulgarian people, his Avar allies and even women. Nicephorus did not know how to continue the campaign or even where his opponents were, so he decided to withdraw his demoralized army through the Varbitsa mountain pass to the south. In the pass the Byzantine army was ambushed and destroyed. Nicephorus was killed and Krum ordered his skull to be turned into a cup for wine drinking. The war continued in 812-813. Krum won new victories against the new emperor Michael Rangaves and his successor Leo V. Leo V decided to start negotiations with Krum near the walls of Constantinople, but was tempted to organize the attempted murder of his opponent. Archers were waiting in ambush but Krum sensed danger and immediately jumped on his horse. After saving his life, the war continued with new strength. In the spring of 814 a decisive Bulgarian campaign against the Byzantine capital was planned including a great number of siege machines. In the midst of preparations Krum died on April13. Byzantine chroniclers spread various versions of his death, including that he was punished by God or that he became the victim of a ritual regicide in order for his power to pass to his successor. Actually, the exact cause of his death is not known.

For his relatively short reign Krum did much for Bulgaria. He conquered lands south of the Balkan Mountains, but most importantly he implemented significant reforms in the state. He abolished the tribal structure and began appointing governors to different regions. Krum’s brother became governor of the southern lands, rather than the leader of the local Slavic tribe. At the same time the ruler did much for the integration of the Slavic tribes into the new Bulgarian state. He also introduced the first written laws to Bulgaria. According to one popular legend, it all started after the victory over the Avars. The khan took the Avar leaders prisoners and did not miss the opportunity to ask them how come the mighty Avars collapsed under the blows of the Franks and Bulgarians. They told him about corruption, theft, drunkenness and moral decay that undermined their power.

With his laws Krum introduced tough measures against theft, slander and drunkenness. His laws were protecting private property, but also envisaged state support for the poor. These reforms, however, have a deeper meaning. The Khan made the rights of Bulgarians and Slavs absolutely equal and created a centralized state. 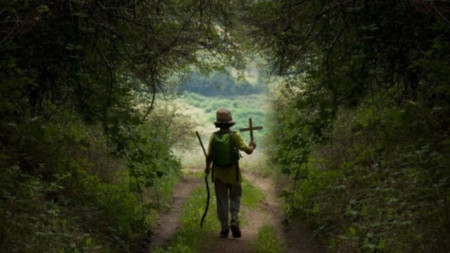