The original music created by jazzman Dimitar Bodurov is always prompt in grabbing the attention of audiences, and of his colleagues too. In his works, the young pianist displays notable closeness to the melodies and patterns of the Bulgarian folklore while he never leaves the territory of jazz proper.

Dimitar has a few prizes from prestigious festivals in the Netherlands where he has been living since 2000. These include Erasmus Jazz Prize 2002, Pim Jacobs Jazz Competition 2002, Leidse Stad Jazz Competition 2002, etc. He reached the semifinals at the jazz competition in Montreux and has concertized with his trio in the Netherlands, Austria, Belgium, Luxemburg and Bulgaria. In 2008 he founded the first festival for piano and percussions in Amsterdam - Keys’n Stix Festival.

There is some kind of duality in Dimitar Bodurov’s life. He was born in the southwestern town of Blagoevgrad, but grew up in the Black Sea City of Varna where he graduated the Dobry Hristov School of Music as a trombonist. However, piano has always been his great passion. Dimitar was keen on American jazz but in the end he settled in the Netherlands.

„As a student I was trained at the Pancho Vladigerov National Academy of Music in Sofia, but then I continued my studies in the Netherlands. Despite the classical education I am almost autodidact, self-taught. Where did I listen to jazz for the first time? I remember that it was on the National Radio. I followed regularly the show of late Yordan Rupchev, Around Midnight. I knew him personally, he was such a nice person, and I have learned a lot from his broadcasts. I was listening to jazz on cassettes – with Louis Armstrong and Oscar Peterson. I later discovered the other side of jazz through Keith Jarret, Miles Davies and John Coltrane.”

„As a matter of interest, my dream was to go to USA where the roots of jazz actually are. I was lucky to join an audition for BerkleeCollege of Music and was awarded a partial scholarship, but tuition fees there are very high. In the meantime, the Rotterdam Conservatory was running a joint program with Berklee. I applied and when I moved there it turned out that the program had closed. I graduated the CODARTS Schoolof Music in Rotterdam as jazz pianist and I later graduated also in composition and arrangement. In the Netherlands, I rediscovered European jazz. I was lucky to work with one of its foremost stars, pianist John Taylor. While I studied music, I became aware that above all I am a musician with a Bulgarian background. My father was a wedding musician and I adore Bulgarian folk music. I decided to keep in touch not only with jazz but also with folk music and with classical music. I did not make it to the States but I’ve been to master classes of American jazzmen in Rotterdam, and all of them would repeat the same, more or less, and it is, ‘Find your voice’. Uniqueness is vital in jazz.”

The jazz pianist recently presented his works with different bands and in August was among the organizers and participants in the First International Music Festival Beyond Borders (Radar). 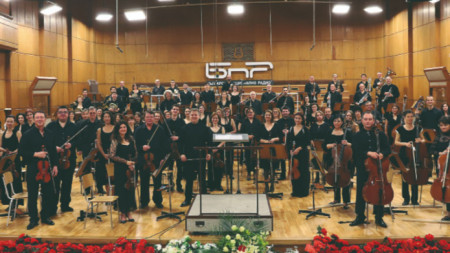 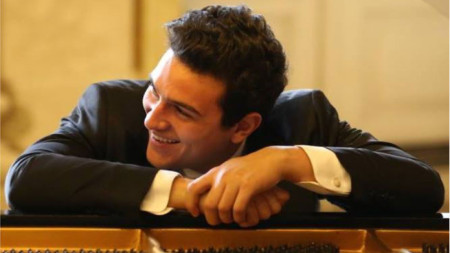