There are thousands of Bulgarian musicians with careers to the East and West of this country. Many of them are involved in the cultural process in Europe, the United States and Canada, Japan and South Korea. It seems that we know little about Bulgarians who have been successful in Russia. One of them is Yova Yordanova who has for two decades been working at the Moscow Conservatory and for the Central Music School at that institution. Over the recent years she has been travelling widely to present her method of violin teaching.

It all started with A Little Primer for Little Violinists released in Bulgaria. However her creativity was first recognized in Russia where Yova has been living and working since 1987. She moved North with her talented son and student Pavel Minev sent to study in Russia on a scholarship from the Sts. Cyril and Methodius Foundation. In fact Pavel and his desire to play the violin like an adult motivated her to create a new method of teaching the instrument.

What is the new system developed by Yova Yordanova about? The violin is a hard instrument to learn and children usually begin by playing straight tunes - without vibratos and ornamentation that actually add character to music. One needs immense patience until little violinists come closer to their dream of melodious and technically fluent playing. Yova's way shortens that preparatory process to about three months.

„My method of violin teaching dates back to 1982,” she explains. “It was then that my son was invited by ESTA (the European String Teachers Association) in Graz, Austria, to perform before officials from the association. The honorary chairman of ESTA was Yehudi Menuhin. After they listened to him they asked me to draw up a brief report on the method I had used to teach him allowing him to perform very serious works at age 8. Now, decades on, I have been touring the world to present my method at lectures and master classes. I have already been to Switzerland, France, Belarus, Ukraine, Macedonia, Croatia, Slovenia, Sweden and elsewhere. Bulgaria is the thirteenth country to visit. I have drawn inspiration and energy from master classes in many Russian towns. The first manual with a brief outline of the system was released in Bulgaria in 1986. It was then translated to German, Russian, English and Serbo-Croatian. In Russia I wrote a new series based on the same principles. It is distributed by Muzika Publishers. They have signed a contract with the reputed publishing company Peters and it is now sold in the music bookstores in Europe and the Americas. I am currently visiting Bulgaria at the invitation of Art Panorama journal. I have introduced here my student Katya, 8, whom I have been teaching for two years. She is exceptional. I have presented two of my students from the Plovdiv Music School with whom I work only during the summer. They have been very successful and have won an international competition in New York that has opened to them the doors of Carnegie Hall. I am glad to support my younger colleagues in Bulgaria. After all, my experience is long. My teaching career began in 1963. The Bulgarian Lyre Publishing House has released a new Bulgarian edition of The Little Primer.”

1. Burlesque from Concerto for Violin and Orchestra by Shostakovich, with the Sofia Philharmonic Orchestra, conductor Monica Volinska 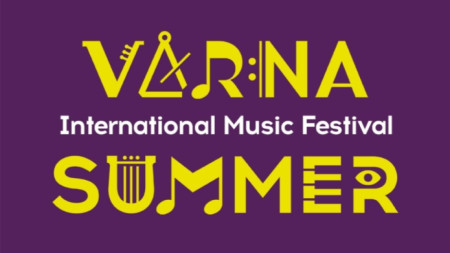 On June 25 in Varna the world famous DJ Robert Nickson from the Netherlands will take part in a special music project. It will combine the melodies of traditional Bulgarian music and modern electronic rhythms. The concert is organized by the..