Exarch Joseph, the diplomat in a cassock

To many now, the name of Exarch Joseph is just the name of a street in the centre of Sofia. Yet, in reality, the second Bulgarian Exarch, who was at the helm of the Bulgarian Orthodox church from 1877 until 1915, is more than a spiritual leader. Having shouldered the mission of unifying Bulgarians in a country fragmented after the Berlin Treaty, he vehemently upheld Bulgarian clerical and national interests and the rights of his fellow countrymen, living in the lands still under Ottoman domination.

It is now 175 years since Exarch Joseph’s birth and 100 years since his death, with different events being organized to mark these anniversaries. One of them is the presentation of Diplomat in a cassock, a book by Ass. Prof. Hristo Temelski, whose research into the life of this foremost figure in Bulgarian history spans thirty years. He first tracked down the diary Joseph kept under his secular name – Lazar Yovchev - from 1868 on when he was a student in Paris, right up to the year of his death, 1915.

“The diary provides very interesting and accurate information about the Bulgarian Exarchate and its relations with the Turkish government,” Prof. Temelski says. “Even after the country’s liberation, Exarch Joseph did not move the seat of the Exarchate away from Istanbul, then Turkish capital.” The reason was that after the Berlin Congress, parts of Bulgaria and hence the respective eparchies remained within the bounds of the Ottoman Empire.

“The diary traces the life of the Exarch and his innermost thoughts, the motivation for the action he took, the way he assessed the situation etc. When the diary was released in one 918 page volume I started looking into the recollections of 108 of his contemporaries and then published them in a separate large volume. They show the Exarch from different angles, as seen by diplomats, politicians, men of the cloth. I decided to sit down and write a documentary book entitled Diplomat in a cassock, a book that isn’t cluttered with details but that will enable readers to trace the life of this great Bulgarian.”

The book is richly illustrated and offers brief excerpts of Exarch Joseph’s diary as well as clippings from the Bulgarian papers from 1915. Prof. Temelski:

“Why diplomat in a cassock? Many may be asking themselves: What kind of  diplomat can a man of the cloth be? After the liberation Exarch Joseph stayed on in the Turkish capital Istanbul. He did so for political reasons because Bulgaria was fragmented, with Macedonia and the Edirne region (Edirne Thrace) remaining within the bounds of the Ottoman Empire. It was the only way he could be a spiritual leader to all Bulgarians and work towards the unification of all Bulgarians living in the Balkan Peninsula. Even the Principality of Bulgaria, when it drafted the Turnovo constitution, adopted article 38 so the church in the Principality may be able to recognize the Bulgarian Exarchate wherever its seat may be. This was the way for Joseph to continue as head of the church to all Bulgarians. He lived and worked as a diplomat in the Turkish capital after 1878 and was given the name the Bosphorus diplomat. Even after his death, when his mortal remains were laid down to rest at the St. Nedelya church in Sofia, his shadow continued to weigh heavy over the Bosphorus, writes Simeon Radev, author of the famous work The builders of modern Bulgaria."

The exarchate itself which had two sections – one religious and one educational – had the function of ministry of education. Exarch Joseph opened and helped maintain the schools in those Macedonian eparchies where there were Bulgarian metropolitan bishops or vicars general. With his help bright and talented young people were sent to study abroad. Every year the Bulgarian government would allocate money the Bulgarian Exarchate used in its efforts towards the spiritual enlightenment of Bulgarians in Macedonia and Edirne Thrace. His efforts at enlightenment bore fruit - just before his death, there were 1,373 schools, 13 secondary schools, 87 grade schools with a total of 78,854 students and 2,266 teachers. The money he left was used to create three endowment funds which allocated funds for scholarships and studies abroad, for safeguarding religion and the Bulgarian national spirit and for books for the impecunious pupils. 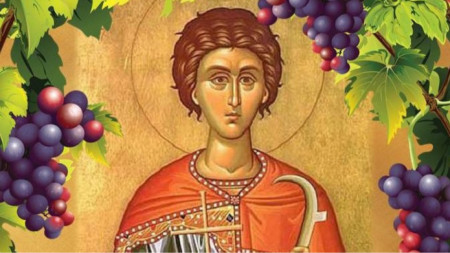 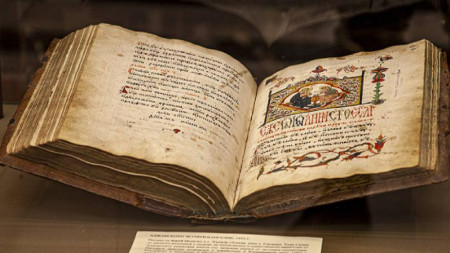