On 25 January, 1935, Tsar Boris III signed the decree by force of which the Bulgarian National Radio was created. The man appointed head of broadcasting and first director of Radio Sofia, as it was then called, was Panayot Todorov Hristov or Sirak Skitnik. Here is how Assen Marinov, head of Radio Sofia’s technical department remembers those first years – the recording is from the BNR’s Golden Fund audio archives:

“By 1938 Radio Sofia had a well stocked and organized library of 10,000 gramophone records. Sirak Skitnik set up the Golden Fund where performances by renowned Bulgarian actors and singers and interviews with prominent public figures were kept on records. Special “hours” were created – for children, for farmers, for school-goers, tips for housewives, news from Bulgaria in different languages, a radio gazette providing listeners with all sorts of cultural and political information from abroad. In his capacity of head of broadcasting, Sirak Skitnik laid the foundations of radio broadcasting as such, giving instructions that all cultural and public problems of the day be given coverage.”

Radio Sofia broadcast news, interviews, lectures and covered different events; it started generating and broadcasting its own cultural content in the very first months of its existence. The “Orchestra of the Radio Sofia Studio” performed on the air for the first time in September 1935. In the autumn of the same year they were joined by the “Jazz Orchestra of Radio Sofia”, and in the spring of 1936 – by the “Avramov String Quartet”. In 1937 Radio Sofia created its own chamber orchestra with conductor Marin Goleminov and the children’s vocal groups of Siya Yanakieva and of Parashkev Hadjiev – Detska Radost (Joy of Childhood).

But that was just the beginning. In our day the national radio comprises 10 channels broadcasting original programming and news and is still Bulgaria’s biggest producer of music, radio drama and children’s shows. The BNR has six music formations: the Symphony Orchestra, the Mixed Choir, the Big Band, the Folk Music Orchestra, the Children’s Choir and the Radiokids vocal group.

From the very outset, the Bulgarian National Radio has been committed to keeping the memory of people and events from Bulgarian and world history alive. To Sirak Skitnik belongs the idea of creating a Golden Fund audio archive – the biggest and most diverse audio archives in Bulgaria.

In our day the Golden Fund comprises more than 110,000 hours of recordings illustrating the country’s modern history with the voices and recollections of the people who have shaped it. In our feature – “The Bulgarian National Radio, 80 years in 80 weeks”, marking the BNR’s anniversary, we endeavoured to present, albeit in a modest way, some of these archive recordings. We hope that in taking you back in time with the voices of writers, poets, musicians, public figures, politicians, athletes we have brought to life people and events from times gone by.

This last installment of the feature is the place to express our gratitude – to all people who listen to and read Radio Bulgaria’s publications, to all coworkers, here at the Bulgarian National Radio for their help and support. But most of all to the people working at the Golden Fund audio archives for their invaluable assistance. It is thanks to their efforts that the “sound of time” has been safeguarded for the coming generations.

The audio file features the song “Our Radio” composed by Stefan Dimitrov to mark the Bulgarian National Radio’s 80th anniversary. 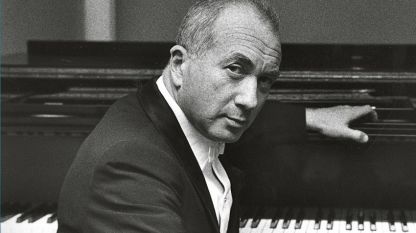