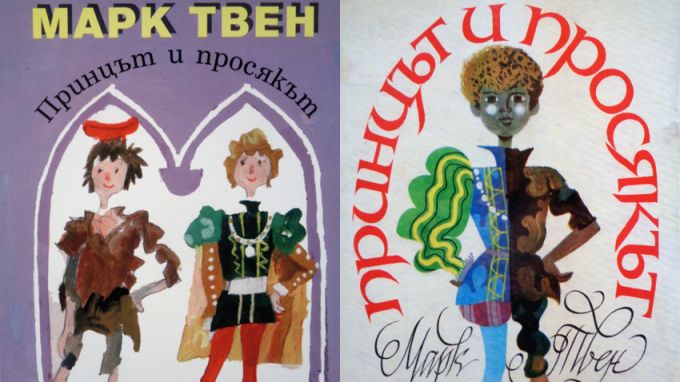 Mark Twain, The prince and the Pauper
Photo: library An exhibition of works by renowned Bulgarian artist Lyuben Zidarov, who has illustrated books by more than 200 authors, is on at the Sofia City Art Gallery until 14 February. The gallery also screened the documentary “Lyuben Zidarov’s magic mirror” tracing the artist’s long and prolific journey into art.

We talk to Anton Staykov, co-author of the script, artist and researcher of illustrations, comics and popular culture.

“Lyuben Zidarov has played a key role in Bulgarian culture in several different ways. First, he has been an active artist since the 1940s right down to our day. This means that we are able to see, refracted through his art, different artistic tendencies right up to the close of the 20th and the beginning of the 21st century, as seen by the same author, an artist who is inordinately steadfast in his development. He reflects the styles current in Europe throughout this entire period, but he also develops a “hallmark” all his own, a hallmark that is rational and talented.”

What does it mean to have illustrated more than 200 authors?

“The first thing it means is that you have to have read them. Lyuben Zidarov lives with the work, with the text before starting to illustrate it. It also means you have to interpret it, to be able to see it your own way, to invent your own “signature”, your own approach to the given author. Although he is readily recognizable,  Lyuben Zidarov is different with each different author he illustrates. He is also capable of working on the same books by the same author over and over again, sometimes over sixty whole years. His interpretations change depending on the changes in his own philosophical and artistic views, the views of someone more mature and wiser.” That is how in 2014 and 2015 Lyuben Zidarov came up with the idea of offering a new version of some of his illustrations to “Tom Sawyer”, “The prince and the pauper” and “Treasure island”. What are his other spheres of work, outside illustrations?

“He is an exceedingly prolific artist, for example, he designs chairs, leather goods and wall carpets. On the other hand, he is a talented water colour painter in his Paris cycles, as well as a marvelous portrait painter, most of all with his self-portraits. He has a long series of self-portraits in which he derides the world, and he seems to be poking fun at other people’s shortcomings; what he is actually doing is poking fun at his own character in a very histrionic, melodramatic way. As a matter of fact he started out as an actor in a children’s theatre. And he has always had theatre flowing in his veins.”

“What was most important to us was to have him tell the story of the entire period, to throw open the gates to his innermost memories. Memories of his family, of his childhood, of the meetings that have meant a lot in his life, of curious things that have happened to him, of his travels and his encounters with other artists. And I think that in this film we have succeeded in reaching down to the stratum that matters most – to have the author talking about the times and about himself.”

The film’s director Maria Nikolova says that in his self-assessment, the 93-year old artist is very accurate:

“I think Lyuben Zidarov would have been a great artist wherever he may have been born, whether in Bulgaria or somewhere else, because he is very original, very recognizable. He has illustrated numerous books in Bulgaria, but he would have put the same kind of effort into his work, had he been working somewhere else. In this sense I think he is a national treasure. He has a very accurate self-assessment. Lyuben Zidarov has won many international awards and they are a show of appreciation of his work.” Lyuben Zidarov is holder of numerous national and international awards, among them the silver and the gold medal at the Leipzig Book Fair. He has had many exhibitions through the years. Works of his are part of the collections of the National Art Gallery, the Sofia City Art Gallery, regional art galleries across the country, St. James in London, the gallery of Hongik University in Seoul, in Italy, Norway, Finland, Switzerland, Austria, Germany.

“To this very day Lyuben Zidarov has not relinquished his artistic quests. And he has a pretty good idea what he wants to achieve. I think that what he is out to do now is to streamline his art, to imbue his illustrations with the symbols he wants to convey,” says Maria Nikolova. 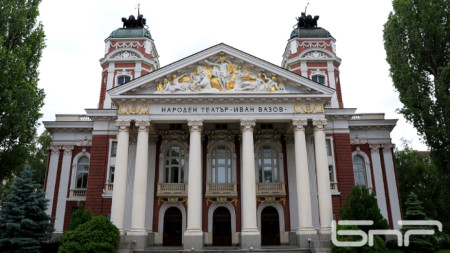