The Bulgarian yoghurt Trimona topped the Best New Dairy Products ranking in the USA organized by Dairy Foods. Earlier, that Bulgarian yoghurt also received positive comments. Two years ago Trimona reached the final stage of the American Made contest organized by the celebrated TV host and business woman Martha Stewart. Atanas Valev from Bulgaria's second-largest city of Plovdiv established that yoghurt brand. Atanas who is an amateur musician arrived in the USA twenty six years ago with his guitar only. However, he travelled to the USA in order to exchange experience in agricultural engineering. He decided to stay in the USA and was later captivated by the rhythm of Bluegrass music. He was about to become a professional musician there, but fate destined him another role. Thus, he started producing yoghurt one day. Atanas Valev told Radio Bulgaria how his yoghurt brand managed to penetrate the American dairy market: “Perhaps many people know that the so-called Greek yoghurt has dominant position on the US dairy market due to the good marketing of that product. Greek yoghurt is in fact strained yoghurt. It turned out that it matches the American taste a lot, because it is thick and looks like a dessert. However, the number of people paying attention to healthy nutrition has been constantly increasing. People can learn from the Internet that the best yoghurt does not have any additives and is made of milk only. Our yoghurt meets those characteristics.”

That is why the motto of Trimona yoghurt reads: “Let the Greeks have their philosophers, leave the yoghurt to us”. It turned out that the popular Bulgarian bacteria Lactobacillus bulgaricus which was discovered by renowned Bulgarian scientist Dr Stamen Grigorov can grow successfully in New York's suburbs as well. The question can that bacteria grow in other latitudes is not topical anymore, Atanas Valev contends. In the past the popular bacteria was isolated directly from nature. However, nowadays it can be carried in containers just like yeast for instance. Thus, it can be used in the dairy industry in different countries. Perhaps, certain strains of Lactobacillus bulgaricus bacteria make yoghurt taste good, but Lactobacillus bulgaricus is used in the manufacture of almost all types of yoghurts, Atanas further said and added:

“Several other yoghurts resembling our product are offered at the US dairy market. However, they are not called Bulgarian yoghurts, although their producers use 4 or 5 similar bacteria, including Lactobacillus bulgaricus. Selection makes our product unique. Our company selected the best combination of bacteria strains.”

Who buys Trimona yoghurt the most - Bulgarian or US citizens?

“All types of people buy our product. The USA is a mixture of people who arrived from all parts of the globe. I made a series of promotions in the retail shops. Half of the people who come to taste our yoghurt speak with a foreign accent, i.e. most of them settled in the USA, just like us. I was surprised when I learned that yoghurt is popular in many places worldwide such as Jamaica, some African countries, Mexico, Sweden, etc. Atanas sells nearly 6,000 gallons of Trimona yoghurt per month in 40 US states, mainly along the East and the West Coast. We are to face difficult competition in ten odd states, Atanas Valev adds”

Although his business is quite successful, Atanas often thinks about Bulgaria - about its nature, his relatives and friends and keeps in touch with his country. Although Bulgaria has been going through many difficulties recently, he is optimistic about this country.

“Apparently, many people are not happy with the development of Bulgaria. However, I rely a lot on the so-called millennium generation - the people aged between 18 and 35. I believe that those people will make a lot of positive changes in Bulgaria.” 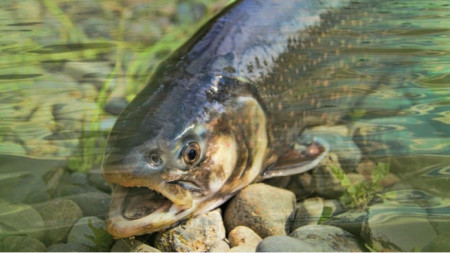 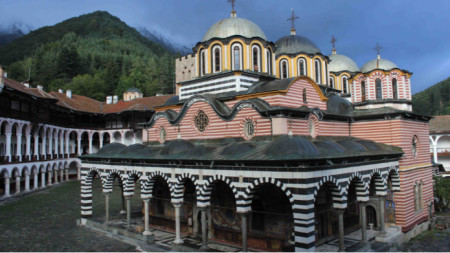 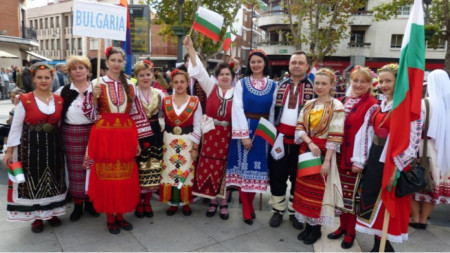 A concert of Bulgarian folk bands and soloists is part of the accompanying program of the Festival de las Naciones in Seville, Spain. For a more than two months (25.09-01.11) the festival presents world music, folklore, jazz, traditional..