#Who swiped the circulation of the paper of the rude cartoonists?

A crowd has gathered in the centre of Sofia, people are jostling to get to a newspaper, the very last copies of which are being given out by a cartoonist. A scene that seems to be set in 1990, when the first opposition newspaper appeared in Bulgaria and people besieged news stands for their first breath of freedom.

But the year is 2017. And the scene is playing out in a Bulgaria that has been a member of the European Union for ten years, yet ranks 113th in the world press freedom index.

The first issue of the satirical newspaper Prass Press, the paper of the rude cartoonists, a counterpoint to the “obsequious behavior of the media outlets, tending to the needs of the powers that be” was supposed to come out on 1 March. Yet no more than ten percent of the copies of its circulation reached the market.

“You expect me to give you a name, because I can?” – journalist Ivan Bakalov answers the question: “Who pinched the newspaper?” with a question and goes on: “National Distribution, the company run by Delyan Peevski. Of course, his name is nowhere to be seen among the company owners,” he adds and checks the names right there and then – Peevski’s mother, Irena Krasteva is the owner and she has given a general power of attorney to Vladimir Gerginski to represent her. Ivan Bakalov goes on to tell us the story: “We went to the National Distribution company for negotiations on the newspaper (it is the biggest print distribution company, a monopolist in all possible ways). And the first words we heard was will Delyan Peevski approve. We left a copy for them to show whomever they wanted, and they said – you have the contacts yourself, you inform him. The man in the shadows, the boss, who may not officially be owner, but whom they ask about everything. We went a second time to sign the agreement and the first question they asked us was whether we had informed him. Apparently, later someone was surprised and someone ordered the circulation to be held back. That is an old trick of their trade – both bosses have been in distribution for a long time. Someone at the top of the political food chain, someone whom cartoons annoy, especially right before elections, had stopped the paper from coming out in the most brutal way possible. That was how they stopped circulations in totalitarian times.”

Cartoonist Tchavdar Nikolov says the “arrest” of the newspaper is a public crackdown on freedom of speech, entrepreneurship, a violation of fundamental rules in society at a basic level.

“The combination of the two words – Prass Press – which was made popular by Christo Komarnitski in his cartoons, is an illustration of the kind of press that dominates the market – the kind of press used to hit someone over the head with (Prass meaning whack) – speaks for itself. In those kind of papers you will read that we regularly have breakfast with Ivan Kostov in Dragalevtsi, that we work for the oligarchs Prokopiev, Donchev – you can read all that in the “pig papers” (prass can also be associated with the word for “pig” - prasse). That was why for the title of the newspaper, we decided on “prass” – “whack”, meaning the press that “whacks” the pigsty in Bulgaria, the dirty dealings, the hypocrisy, the corruption.”

The cartoonist says that one of the explanations why the paper circulation was stashed away is that the powers that be are not at all fond of the media:

“Politicians have been getting annoyed at cartoonists ever since Boyko Borissov came to power – he is always annoyed at something, he even threatened to draw cartoons better than we do,” Tchavdar Nikolov says. “At one time we had a prime minister whose ears could be fashioned into Cheburashka (a Russian cartoon character) or into Mickey Mouse – depending on whether he was travelling East or West and whether he was doubling up on someone’s mat. And that prime minister (Sergei Stanishev) wouldn’t give an interview for the newspaper I worked for because he didn’t like his ears. But cartoons keep politicians’ feet planted firmly on the ground, it is a way to get to the truth by way of deformation. That is why we find the cracks in a given politician so he shall not be equal to God, we draw him fatter, meaner, more hypocritical.”

Like the French Charlie Hebdo, an inspiring model of freedom and creativity, Prass Press will be fortnightly. But will it go to the same extremes? “Borders are set down by individuals,” says Tchavdar Nikolov and adds that cartoonists want to provoke a response so things may change. But when people turn a deaf ear, they pick up a loudspeaker and start to shout. 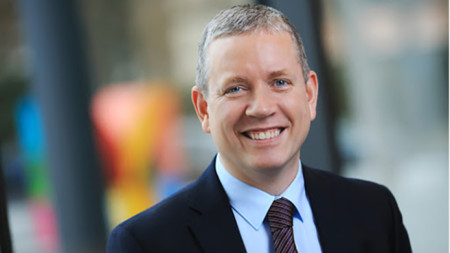 The residents of Bulgaria's village of Kamenovo near the town of Nova Zagora are planning to send an invitation for a visit to the newly elected US..