Justice Minister Tsetska Tsacheva has rejected the words of Bulgarian Socialist Party (BSP) leader Kornelia Ninova that the anti-corruption bill which the government is currently working on, does not meet the interests of society and that the BSP's own bill will solve the problems in this sphere.

In Minister Tsacheva's words, the anti-corruption bill of the BSP contains norms which have been rejected by practice and by the country's partners to the west:

“If we had results in the fight against corruption, there would be no need to be adopting a brand new anti-corruption law. All the more so that our western partners have rejected this option as it does not lead to a closing of the cycle, as President Radev himself presented it - analysis, report, investigation and indictment. The other difference between the two drafts is the way the administration of this single body is structured. We reached the conclusion that in a republic with a parliamentary system of government, the chairman of this single body should be elected by the National Assembly.”

The final discussion of the new anti-corruption bill by parliament is scheduled for 1 September. 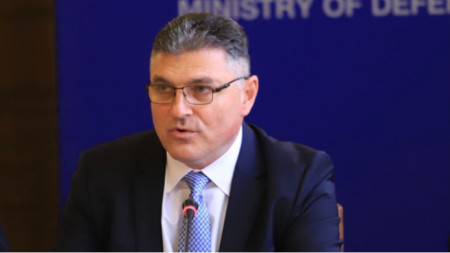 Defence Minister calls on army personnel to get vaccinated

Minister of Defence Georgi Panayotov has urged army personnel to get vaccinated against coronavirus. “This is a virus we need to be fighting with determination. At this stage, the vaccines are the only protection. Now is the time..

The two biggest trade unions in Bulgaria, the Confederation of Independent Trade Unions and Podkrepa, have demanded that Minister of Health Dr. Stoycho Katsarov repeal the requirement for medical staff at hospitals and care homes  to be allowed to go.. The Military Medical Academy has sent one more team on a mission to Mali. In the space of four months four specialists will be working to eliminate the consequences of terrorist acts in the region of the capital of Mali Bamako. The operation..