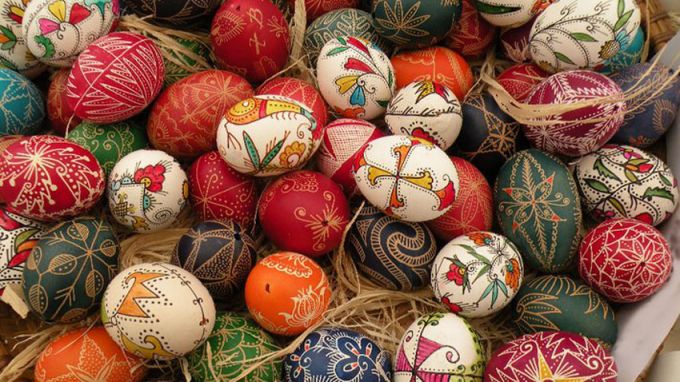 The symbolism of the egg has not changed for centuries. The earliest ostrich eggs decorated with etching were found in Africa, have an estimated age of about 60,000 years and were used as a dear present. Gold and silver eggs were part of the funeral customs of Sumerians and Egyptians. According to pagan beliefs of various peoples the egg is a symbol of the Universe, fertility and spring revival of nature. Christians accept eggs dyed in red as the symbol of Christ’s blood. Today dyed eggs are among the key symbols in the holy feast of Easter and its range of rituals. Eggs are dyed on the morning of either Maundy Thursday or Holy Saturday by the eldest woman in the household. By tradition, the first egg is always red.

„The red egg symbolizes fertility and the resurrection of nature”, explains ethnologist Dimitar Vasilev from the National Museum of History. “It is the main symbol which is related to fertility on the one hand, and on the other has an apotropaic function, i.e. aimed at magical protection. The eggshells of the red egg are used in a range of ritual actions: they are attached to the door to ward off evil eyes and black magic or put in water given to sick people to drink. Eggshellsare added to the mangers of domestic animals to protect them from illness. Ahead of the first sowing, red eggshells were thrown over the farming field. The red egg is a must in the decoration of Easter ceremonial loaves of bread. Therefore the red egg is the most important one – only after it other eggs are dyed and decorated.”

Eggs are decorated using beeswax and a special writing tool (a pen) that has a cone-shaped nozzle through which the melted beeswax trickles. There are two common techniques for decorating eggs. With one of them the egg is lined in advance to obtain several sections. After that using the pen and the wax various ornaments are drawn. Then the egg is immersed into the dye and finally, the wax is wiped off. In this way the result is a motley egg with white patterns. Another option with the first technique is to dye the egg twice – once in yellow and after the application of the wax – in red. Then the wax is removed and the result is s red egg with yellow ornaments. With the second traditional technique the egg remains white, undyed, and wax is used to only draw the contours. After that various elements are drawn inside the contours. Special black wax is used for the white eggs and a characteristic technique with dots. More details, from ethnologist Dimitar Vasilev:

„One of the mandatory elements in egg decoration is the cross, a major symbol introduced by Christianity. There are mandatory plant ornaments and from the animal ones the most common is the bird, a universal symbol of peace and wellbeing. Names are written on the eggs too, especially children’s names, and also Jesus Christ the Messiah.”

Here are other interesting details:

„Decorating eggs is not a unique Bulgarian tradition and varieties of this Christian custom are common in other Slavic countries”, Dimitar Vasilev specifies. “However, this kind of decoration is ancient. It is hard to prove when exactly it emerged but it was widely used in Bulgaria sin the mid-18th and throughout the 19th centuries when eggs apart from a purely decorative function were central to a range of rituals.” Over the past 20 years Bulgaria has seen a revival of ancient rituals including the technology of decorating eggs. Many people take interest in it and begin practicing it. This interest is supported by surviving traditions as well as by a few museums and institutions which organize workshops for decorated eggs. “Children should be trained in this type of tradition”, Dimitar Vasilev claims. Therefore every year the National Museum of History organizes a workshop in which children have the chance to decorate an egg free of charge by learning this ancient technology, and along with that come to know more about Easter traditions and rituals under the expert guidance of specialists from the museum and of the master of decorated eggs, assoc. prof. Svetla Rakshieva, PhD.

Scientists from the 30 th Bulgarian Antarctic Expedition will depart from Sofia in several days, Professor Hristo Pimpirev said for Nova TV. One of the purposes of the researchers is to make sleep studies and answer the question: Are we able to see.. 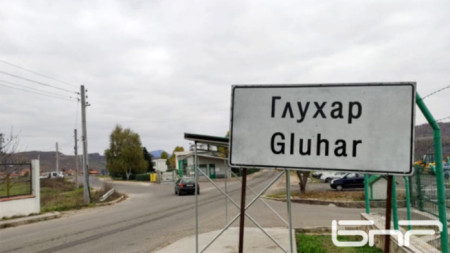 Residents of Gluhar are tired of voting, hope that young Bulgarians would return from abroad

The residents of the small village of Gluhar take a responsible attitude towards the forthcoming two-in-one elections. However, they do not believe anymore that the change for a better life depends on elections. They realize that poverty..